While attending the University of Windsor, Ryan Slyzuk had a clear vision of his future: he was going to be a freelance journalist and write news stories for various publications. That all changed when he took a year break from school and traveled to Australia. “I did a program called WWOOF which stands for Worldwide Workers on Organic Farms,” Ryan says. WWOFF offers individuals a chance to work on an organic farm 6-8 hours a day in exchange for room and board. “When I started working in that program I fell in love with farming. I love growing things. I caught the bug and the rest, as they say, is history.”

After leaving Australia, Ryan ventured to British Columbia and learned the ropes of market gardening. Eventually, he became involved with CSA – Community Supported Agriculture – a program where farmers provide vegetables weekly for clients. Ryan ultimately moved to Sarnia where he operates Taproots Green Gardens. “We have this program which is basically a veggie box program,” Ryan says. “For 20 weeks from the beginning of June through October, our growing season in Southern Ontario, we provide our subscription CSA members with a bag of fresh produce each week. I worked on CSA farms out west and I knew there was potential for that to be a success here because it was not being done.” 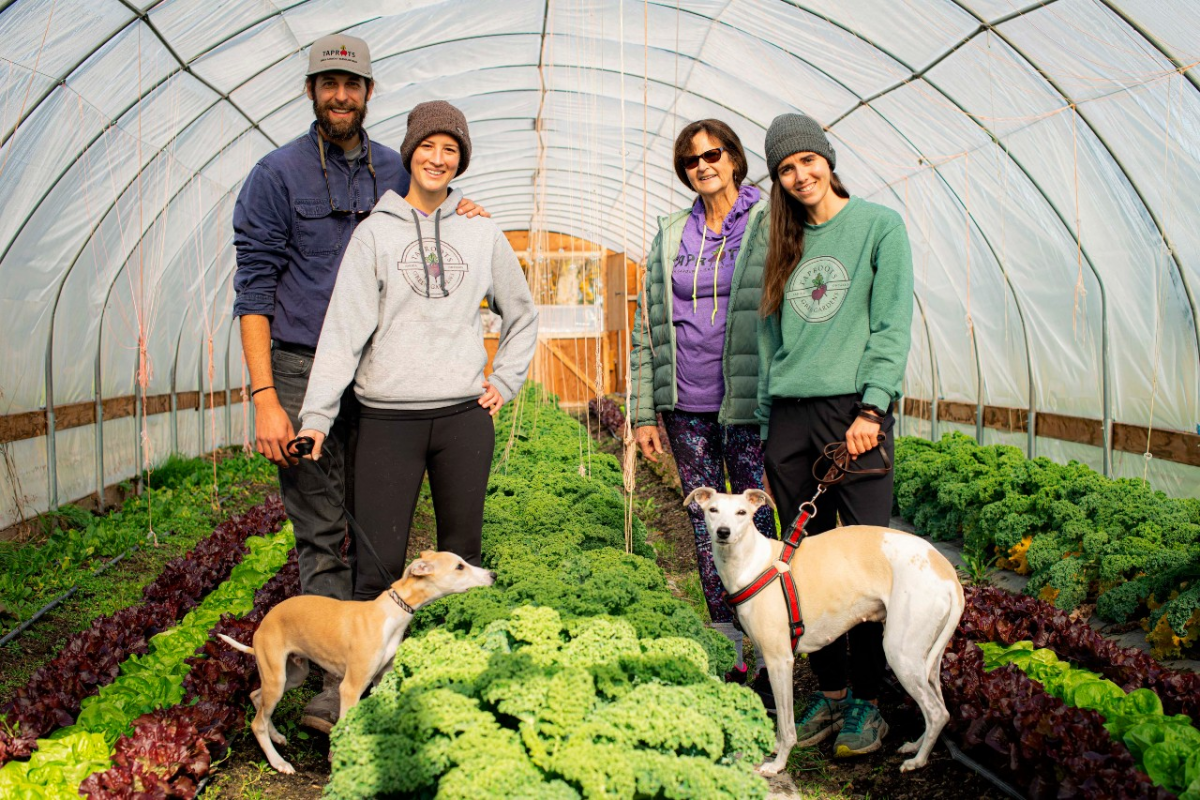 Ryan and his partner Leah Murphy decided to return to Ontario and settled on Sarnia when his friends offered him the opportunity to rent an acre of farmland from them for his CSA. “I wanted to become the first CSA farm in Sarnia and I wanted to do a good job of it,” Ryan says. “Year One we didn’t open up the program to CSA because you don’t want to start a program until you are sure you can provide those vegetables for 20 weeks. So, we just did Farmer’s Markets. In Year Two we opened our CSA program to 20 families. In Year Three it was 40 families and now it’s up to 50. We charge $500 for the season which works out to $25 a week. We think that is pretty good value.”

Families that purchase a CSA subscription pick up their veggies between Thursday and Saturday each week. “It saves them a trip to the grocery store which was appealing last year during the COVID-19 pandemic,” Ryan says. Taproots Green Gardens grows pretty much everything you might find at your local grocery store. “We have kale, swiss chard, broccoli, cauliflower, green onions, carrots, beets, radishes, beans, a lot of tomatoes, bell peppers, and hot peppers,” Ryan says. “We also grow new potatoes and lots of greens which is our main production crop.” In addition to the CSA, Taproots is one of the many local growers who supply Loca, a local-centric restaurant in Wyoming. 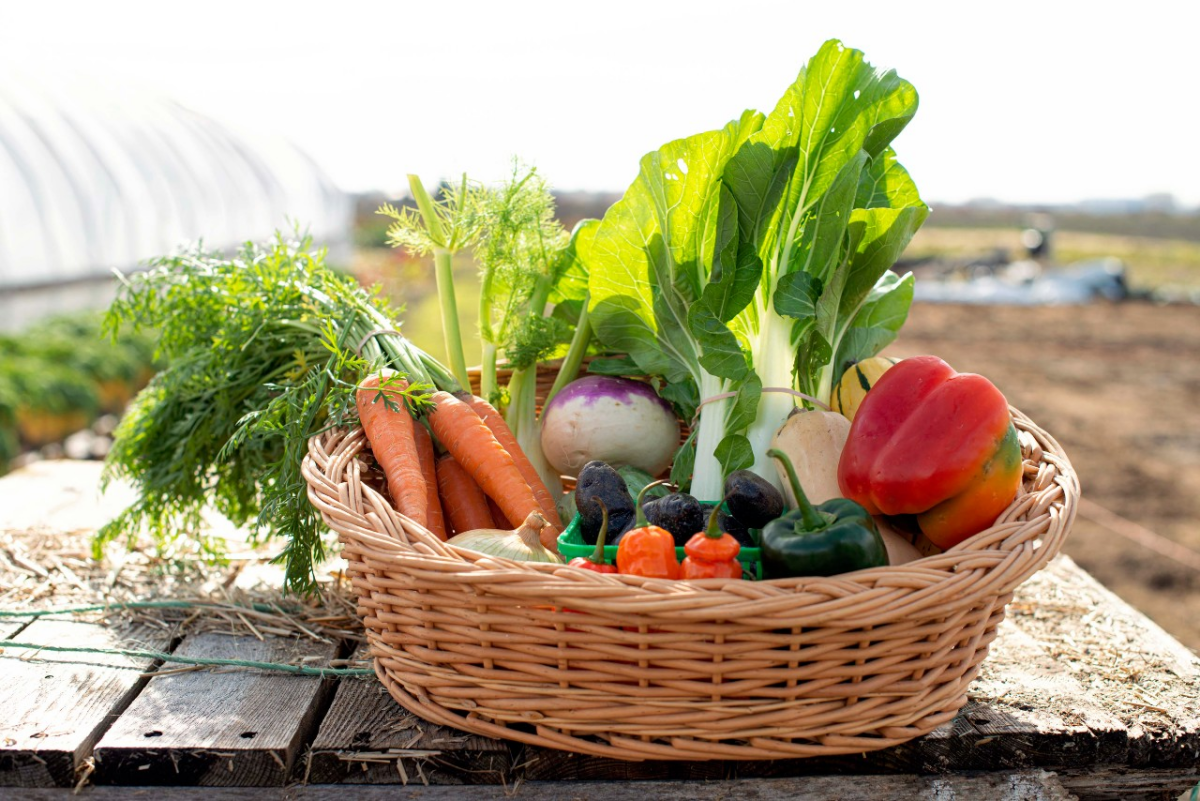 Ryan says he is proud that Taproots Green Gardens partners with Inn of The Good Shepperd which does a mobile market program three days a week supplying vegetables to people in need. “We feel that good food grown without pesticides should be available to everybody,” Ryan says. “For me, it is a human right, just like access to water.”