Adam Veen’s lifelong hobby has turned out to be one of the hottest new businesses in Lambton County. The 36-year-old owner of Oil Town Brewing Co. has been growing vegetables and using them to make various dishes since he was a child and now his hot sauce is the talk of the town. “Our family has always done hobby gardens,” Adam says. “My grandpa and my mom gardened when I was a little kid and I was always helping them in the summer, harvesting the produce to make fresh meals for the family.” Adam began growing hot peppers and was in search of a different way to utilize them. “Being a creative type of person, I was playing around with certain things and stumbled across a hot sauce flavour that I enjoyed, and the ball just kept rolling. I would try out different plants each year and different techniques for growing them. I found it interesting and in the end, you can reap the benefits of the hard work you put in during the year.” 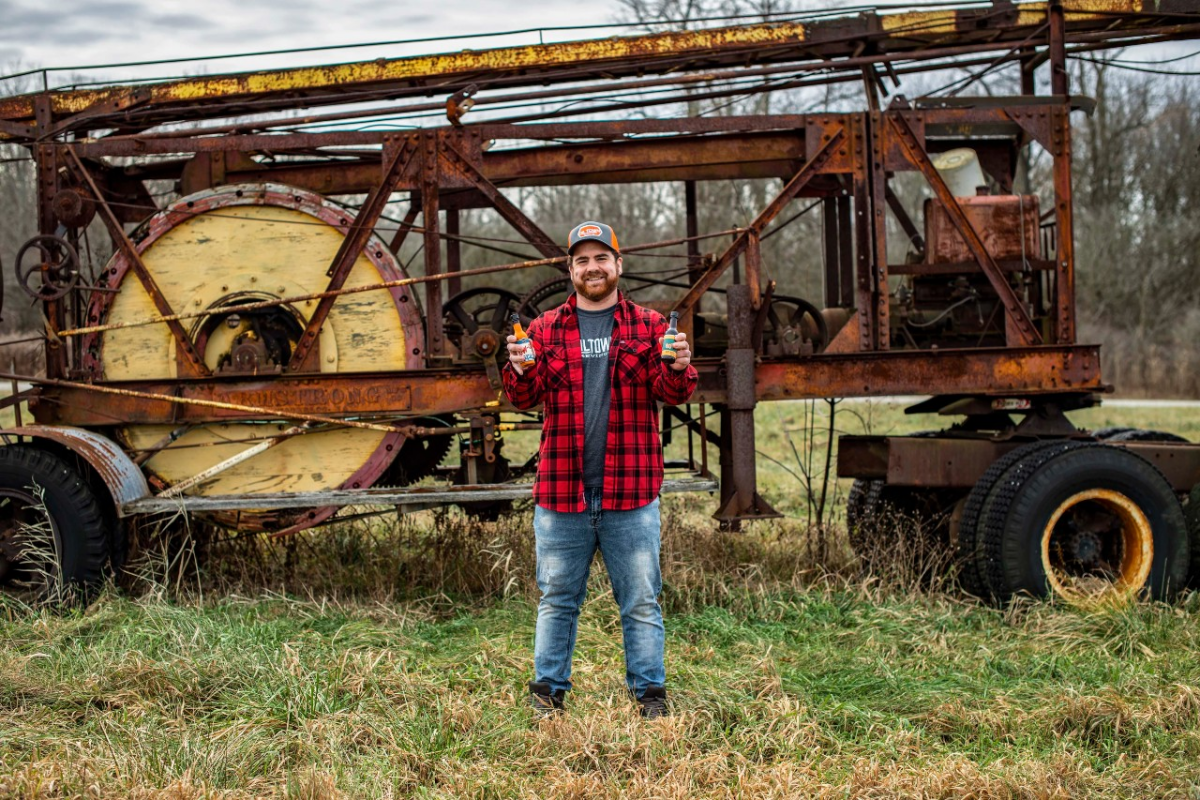 At first, Adam simply gave away his hot sauce to family members and friends. When the outstanding reviews of his product started rolling in, he chose to start selling it. “The response I got from friends and family was just so positive,” Adam says. “I decided it would be great to see what the general public thought about it and the response was fantastic. I was hoping everything would go well and it has been growing ever since.”

Adam, who works full-time in marketing for Tourism Sarnia-Lambton, says his side project is growing in leaps and bounds. He rents a certified kitchen in Oil Springs and grows his peppers at home in his backyard as well as at the homes of his parents and a few friends. “Often I start them indoors early in the spring and then transplant them outdoors,” Adam says. His hot sauce is mostly sold online (oiltownbrewing.com) as well as by consignment in stores throughout Sarnia-Lambton. He hopes to expand into the county of Chatham-Kent soon. 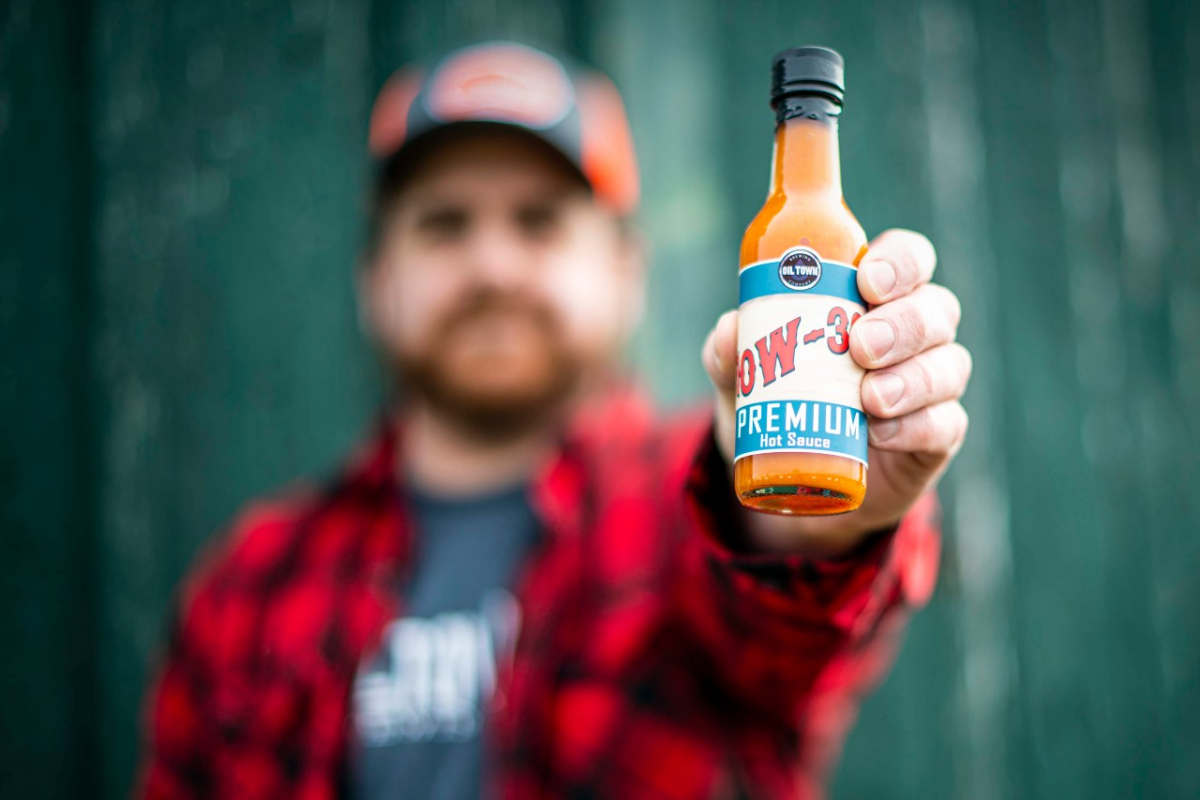 Oil Town Brewing Co. features 11 different products and Adam says if this year’s harvest goes well, he’ll add a 12th. “One of the best sellers I have is my Pineapple Habanero Sauce,” Adam says. “Because it combines the sweetness and the heat of the habaneros, it has been a big seller this summer. It is great for summer barbeques. I also have a barbeque sauce that utilizes hot peppers in it as well. It’s a little bit spicier than regular barbeque sauce and that has had an awesome reception from the public.”

Other popular sauces include Tropic Thunder Hot Sauce, Ghost of Italy Hot Sauce, Smokin’ Hot Sauce, Honey Garlic Sauce, Sweet & Tangy BBQ Sauce, and Pickled Mustard Sauce. Adam says his greatest reward is the positive feedback he gets from customers. “I love it when people tell me they made a meal and it was absolutely delicious because they used my product.”