By her own admission, Amy Ewing spent a lot of years bouncing from one low-paying job to another. That all changed in 2020 when she and her dream team – brother Cody and her dad Don – purchased Johnny G’s Premium Pizza in Petrolia. Now she’s rolling in dough. “My brother was working at Johnny G’s and I was actually working there occasionally, too,” Amy says. “My dad is a farmer and also the fire chief, but he retired from his full-time job at the end of February and began working with me and Cody. I think my dad likes coming here and having fun.”

Fun indeed. The Ewings don’t think of running Johnny G’s like work. “I had quite a few minimum wage jobs and working at Johnny G’s was actually Cody’s very first job,” says Amy, 26. “Both of us just fell in love with working here. Now that it is ours, we joke that we don’t work. We literally just come in and have fun. How can you call making food work when you are having fun the entire time?” Things have worked out better than they could have imagined. “My brother really understands the day-to-day operations while I look after the paperwork and marketing side of things. Between the two of us, we were able to get things going and dad is here for support.” 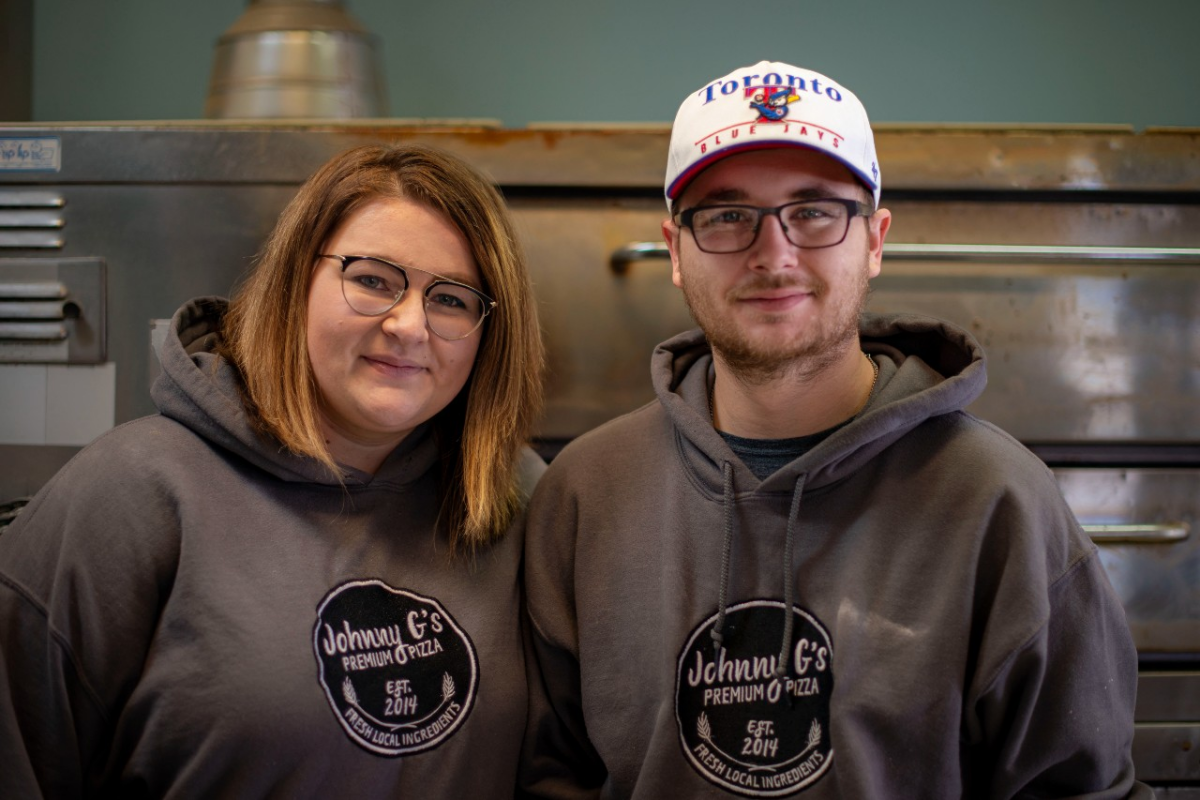 The brother and sister team had a vision of what they wanted Johnny G’s to be but were hesitant to make immediate changes to a business that was already successful. “The first year we just rolled with everything the same as it was when we bought it,” Amy says. “What the previous owners were doing was working. They had built an amazing business from the ground up. We knew we were walking into a business that could run itself." Eventually, though, the Ewings wanted the business to reflect who they were as people. "We wanted a business that represented us and our community.”

So in their second year, Amy and Cody did a full rebrand. “Johnny G’s Premium Pizza went from being a kind of New York mob-gangster pizzeria to more of a farm fresh local kind of place. The goal was to create an atmosphere that reflected our community. Cody and I were born and raised in Petrolia and we both feel like we owe a lot to this town. When you think of Johnny G’s, we want you to think of Petrolia, too. We want you to think Johnny G’s in Petrolia because that’s how important our town is to us.” 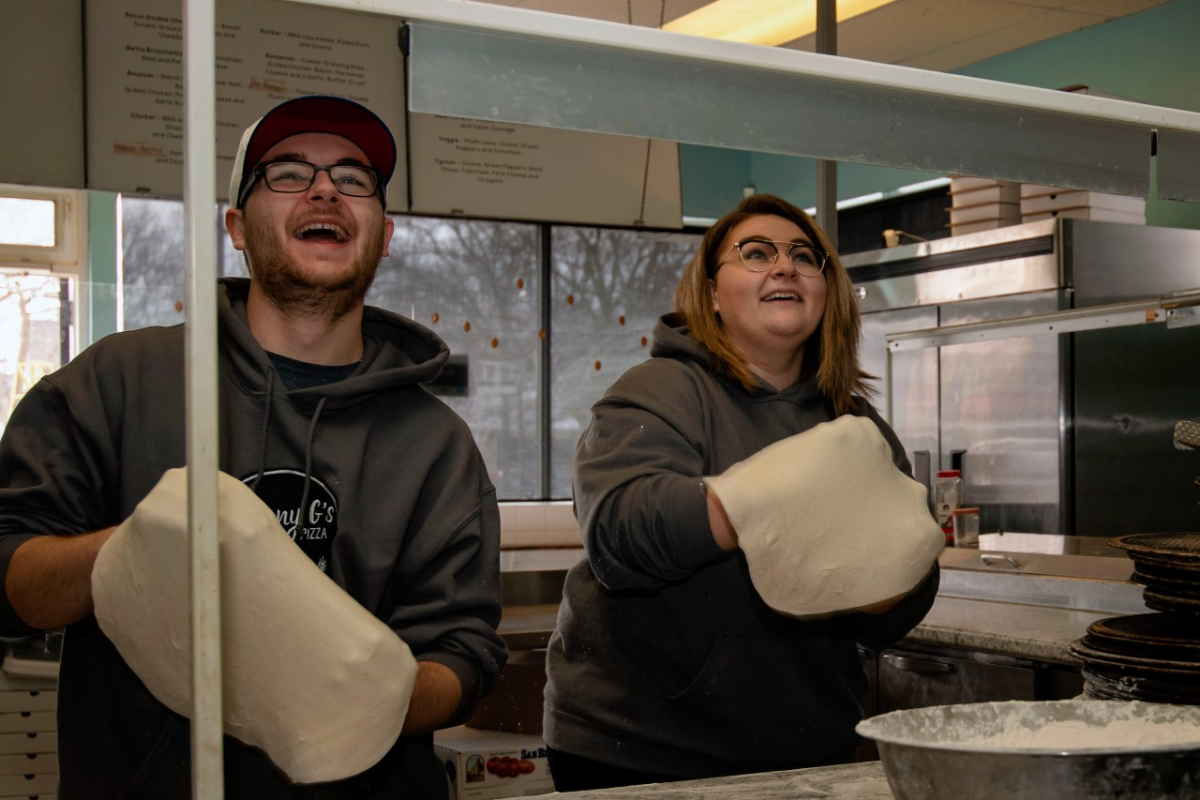 The family is proud of the fact Johnny G’s uses mostly locally grown ingredients and getting to know their customers is a huge priority. “The best thing about working at Johnny G’s is the people who come in the door,” Amy says. “We love our customers and the community. It makes us happy when kids come in and want to see how the pizzas are made. We see the joy it brings them.”