Alicia Hardman thinks it’s high time that people started showing hard cider some love. Alicia, who along with her husband Garren, owns and operates Shale Ridge Estate Winery in Thedford, Ont., 20 minutes south of Grand Bend. The couple feels hard cider is rightfully starting to make a name for itself. “One of the challenges we faced from the get-go was appealing to people who perhaps never tried cider before or people who tried it and had a bad experience,” Alicia says. “It is such a new thing to a lot of people but it’s starting to take off. When people try it, most of them really like it.”

And it’s really no wonder. For years apple cider has been available, but the alcoholic beverage is beginning to branch out. Shale Ridge features a dozen different flavours of hard cider including Cherry Chocolate, Blueberry Hopps, Cranberry Spice, Pear Apple, Crisp Apple, Strawberry Mojito, Cherry Apple among others. “Some of the flavours are seasonal, small-batch limited time ciders while others are available year-round,” Alicia says. Alicia and Garren try to be innovative with their products, listening to customer feedback and staying in the know on flavour trends. 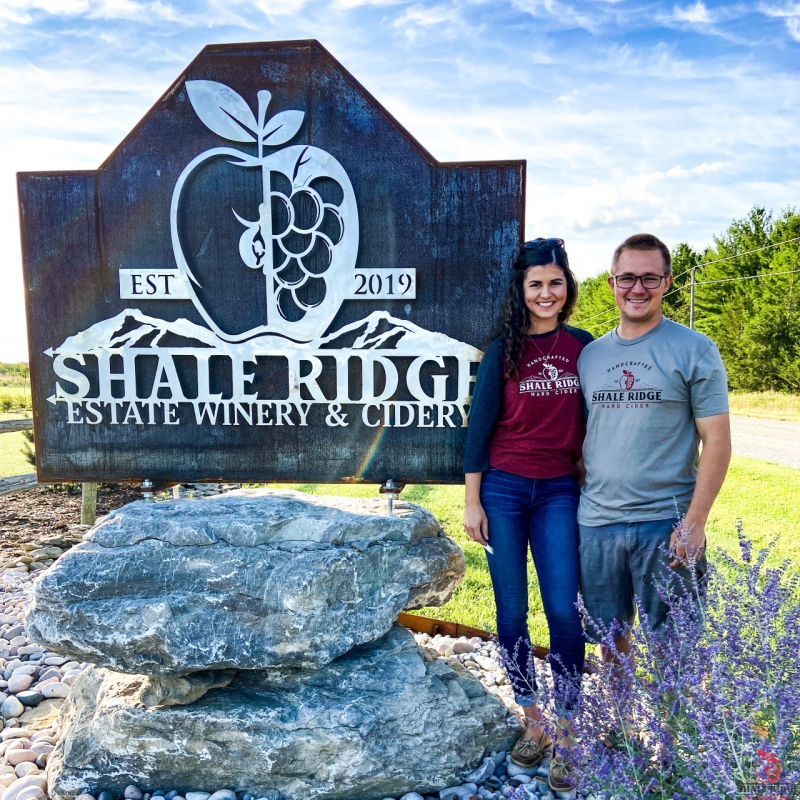 Both Alicia and Garren were raised on farms so it was no shock to anybody when they bought a 13-acre farm in 2015. “We knew we wanted to do something farm-related so we started looking at different alternatives,” Alicia says. The two enjoyed spending their free time travelling to different wineries and cideries and did some research on the viability of opening a winery on their farm. “We did a lot of soil samples and realized our land was really, really good for planting grapes,” shares Alicia. Across the road from Shale Ridge, Alicia’s parents grow more than 85 acres of apples. “They had those resources for us and it all came together nicely. It made a lot of sense.”

After educating themselves about the process of making hard cider and wine, the couple began slowly, making small batches of cider in their two-car garage. “We were hoping to prove the concept before we went big,” Alicia says. “We started a social media page and put out feelers to people to see what they thought and it seemed like there was quite a bit of interest in our product.” As interest grew, the couple started increasing their production and got licensed. “We thought we would be okay with making 15,000 litres, but we ended up tripling our production” 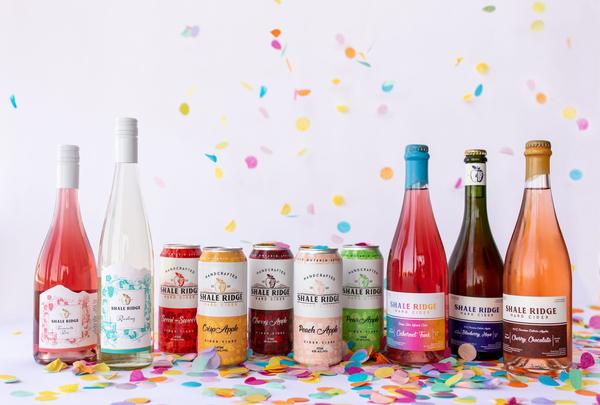 Alicia and Garren concentrated on making cider the first few years because it takes wine grapes a few years to age before being ready to harvest. Now they are preparing to offer six different wines to the public; three reds, two whites, and a rose. They have a small store on their property that offers items with their company logo on them, from dog bandanas to t-shirts to ball caps and hoodies. “Every day has its challenges, but we enjoy what we do so that makes up for it.”