The wheels on her bus were going round and round but Lorraine Kraayenbrink just didn’t feel like she was getting anywhere. Instead, she turned to her first love: photography. “I was caught up in a job as a school bus driver that I really didn’t think was going to get me anywhere,” Lorraine says. “And since I had a love of art and design I wanted an outlet for that.” Lorraine quit her job driving a school bus and went back to school.

Lorraine, a single mother of three, enrolled at Lambton College at 43 years old and suddenly life took on new meaning. “It was a bit nerve-wracking, but I was desperate at the time. I just felt like if I’m going to do it, I need to do it now. The experience has been awesome.” Lorraine now runs her own business, Kraayenbrink Photography, and delights in taking family photos as well as pictures at special occasions including weddings. “I wanted to do weddings, but I was nervous to do them on my own. I contacted a friend, a fellow student, and we partnered up. It’s nice to have two people working a wedding because it’s not all on one person to capture every moment.” 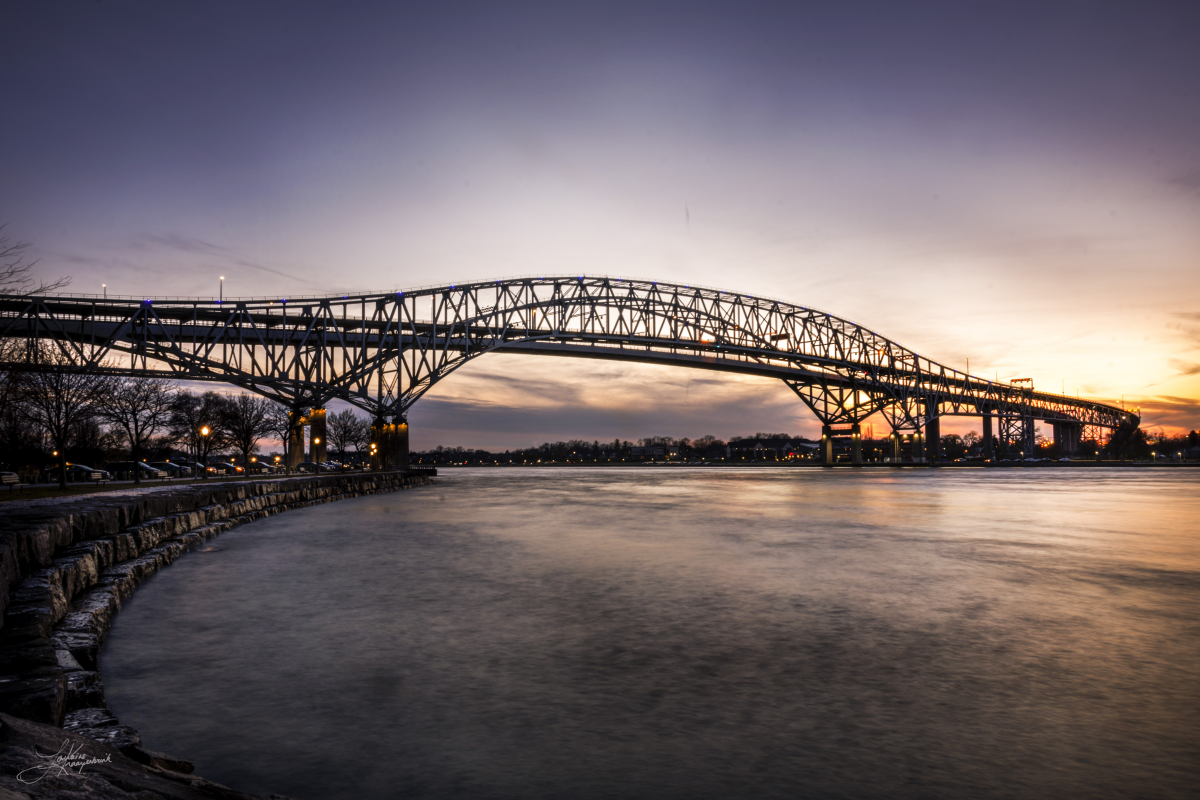 Turning to photography seemed like a natural course for a woman who claims she has been a shutterbug for years. “I have loved photography since I was very young. I just love the part where I can capture something that I had in my head and I could try to put it on film.” While things look a little different today with the instantaneous results on a digital camera, Lorraine still fondly remembers her film days. “Part of the excitement back then was the waiting to see if what you saw in your mind’s eye actually transposed onto the film. It was exciting.”

Lorraine recalls doing a number of photo projects in grade school and taking a photography course in high school. She also took a land design course that had a photography element to it. When she’s not working, Lorraine can be found cruising along the St. Clair River trying to get a photo of an eagle. “People are sending me reports of where they are seeing eagles and I always want to get a really good yearly shot of one,” Lorraine says. “An excellent bird shot really gets my blood pumping!”

Interacting with people is one of the perks of Lorraine's new career. “One of the biggest compliments I could get is when people say to me, ‘Wow! That was way more fun than I thought it was going to be'. They will tell me the pictures are awesome before they have even seen them. That is an incredible compliment.” Lorraine remains very proud of an award she won during her first year of college for a picture she took of a lighthouse. “The lighthouse represents me,” Lorrain says. “Out there alone, yet shining its light.”

Lorraine's specialty is to capture those moments that can be treasured for a lifetime. Lorraine is known for bringing a relaxing and fun atmosphere to photography which allows her to document the natural moments during the photoshoot. You'll be sure to want to print and hang her images on your family memory wall.