One door closed and another door opened. When Art Shura walked through the second door, he found himself working at his own restaurant, The Ozweld’s Diner Company in Sarnia. Art and his wife Karen opened Ozweld’s five years ago. “Art was laid off from his previous job and had the opportunity to go back to school, so he took it,” Karen says. Prior to his professional training, Art was always cooking for big groups of people, so his new career choice just made sense. “Artis really, really good at cooking. He was working for others and not making a lot of money and when we had the opportunity to do our own thing, we jumped at it. People want to eat, right?”

Karen has plenty of experience running a fast-food restaurant, having worked in customer service. “Food is my complete background,” Karen says. When Karen and Art opened Ozweld’s Diner Company, their goal was simple. “We really just wanted to have a restaurant where everybody could come and have good home-cooked food.” In addition to quality food, Karen and Art keep an eye on presentation. “We don’t slop the food on the plates. It’s not fine dining, but our food looks good and tastes good.”﻿ 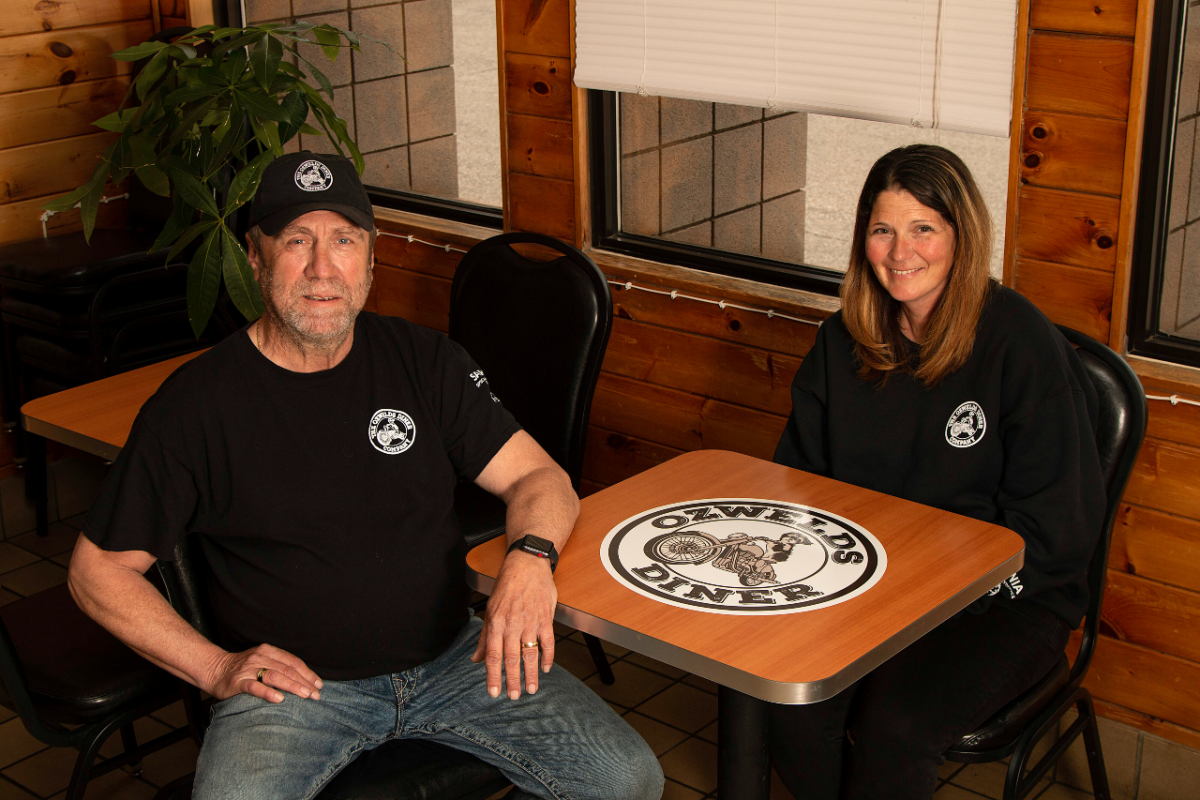 Ozweld’s has been a success, but it hasn’t always been easy. “The first year we opened minimum wage went up 23 percent,” Karen says. “Then I got sick and I have been taking cancer treatments and, of course, COVID happened. It was literally down to Art, me and our 15-year-old son, Joshua, running the whole show.” The family worked there every day in order to stay open. “Some days we only brought in $50, but we didn’t stop.”

Karen says Ozweld’s benefitted from a feature story about the restaurant that appeared on a Facebook page Supporting Sarnia and Surrounding Businesses. “They let people know we were out there and it helped,” Karen says. Unable to have patrons dine in because of the pandemic, Art and Karen switched gears to stay afloat. “Around May 24 last year we started our first ghost kitchen,” Karen says. A ghost kitchen is a restaurant that sells food as a take-out-only business. Art and Karen’s ghost kitchens use the facility at Ozweld’s until 2 p.m. before switching over. “We called it Mac and Cheeses. That took off so we opened a second one called Sliders and then we opened East Coast Donair’z.”

Ozweld’s is known for their banana bread French toast, eggs benedict and East Coast Donair’z, among other things. “Art makes all our sauces and we hand make all our burgers. I love food and we don’t serve anything that doesn’t taste good,” Karen shares. Art and Karen are looking forward to when their Harley Davidson-themed restaurant welcomes patrons back to dine in. “Picture a 1950s diner for cars and it is motorcycles instead,” Art says. Karen is especially proud of the charity work Ozweld’s does with Sarnia Special Olympics. They raised $3,000 with a 110 kilometre motorcycle ride last summer.