Nobody would ever say it out loud, but in a strange sort of ways, the vandals who stole the rifle from the statue, atop the Sarnia Cenotaph in Veterans Park may have done those that cherish the park a favour. “This project all started because a gentleman named Tom Slater was receiving a donation from the Sarnia Historical Society,” says Ron Realesmith, vice president of Sarnia Legion Branch 62. At the ceremony, Realesmith was presenting him with a cheque for his latest research book, The Sarnia War Remembrance Project. “While we were doing this, Slater looked up and said, ‘Hey, Tommy’s rifle is missing!’ We pulled out old pictures of the statue and he was right.” Tommy is the nickname of the soldier that has stood atop of the Sarnia Cenotaph in Veterans Park for more than 100 years. 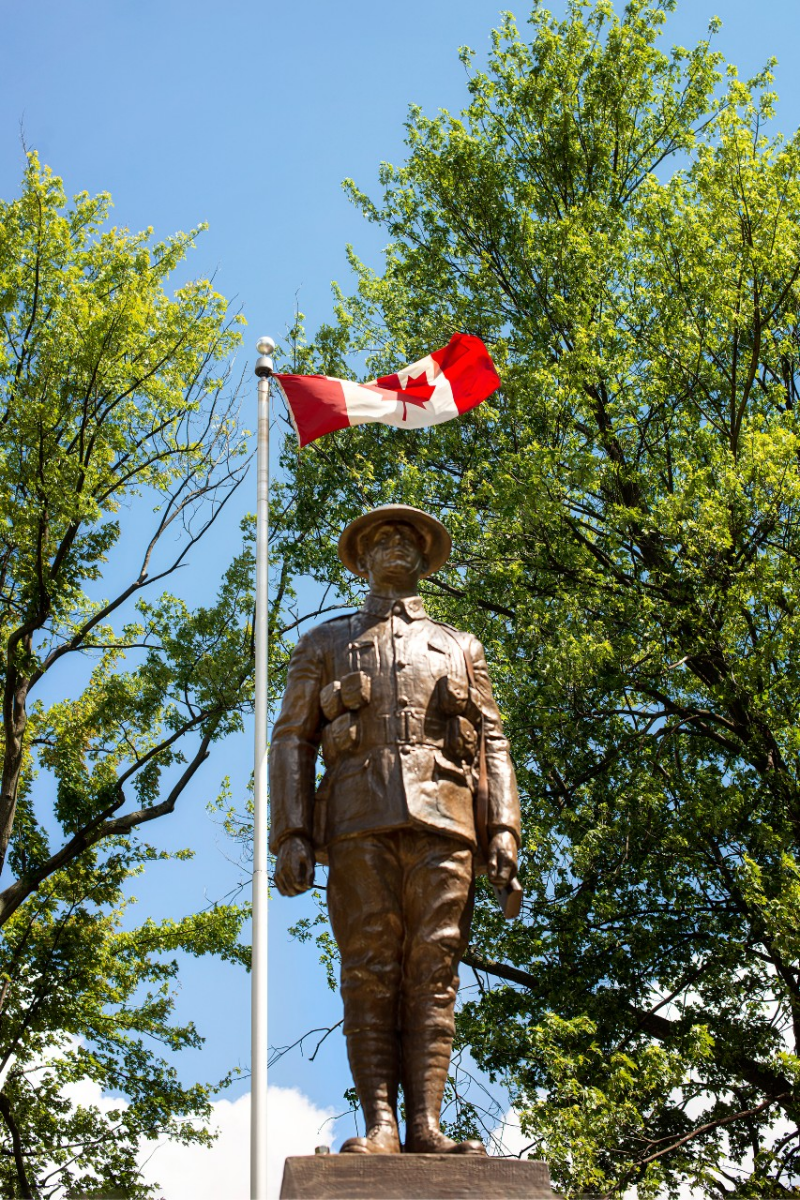 “Some misguided fool climbed atop of the statue and pulled the rifle off, that was attached to Tommy,” Realesmith said. The vandals didn’t stop there and attempted to unbolt the soldier but were unsuccessful. “We put out a press release saying we were mortified, and we were going to start a fundraising campaign to raise money to have the statue restored." As soon as the release was sent, the media reached out, and it became a big story. John Swart, President of the Sarnia-Lambton Building Trades Council contacted Realesmith almost immediately. “He said, ‘Whatever your costs are, don’t worry about it, we’ve got it covered.’”

Days later, once the initial funding came through for the rifle, Realesmith, and Patti Ross, Parks Manager for the City of Sarnia, began exploring security upgrades needed for the park. “That’s when my phone rang again" recalls Realesmith. “As I am standing in the park with Patti Ross, John Swart is on the line saying they want to do more. We told him to walk over to the park and brainstorm." Realesmith and Ross explained they wanted to install better lighting and more surveillance. "and John said, 'Okay, we’ll make that happen.’” 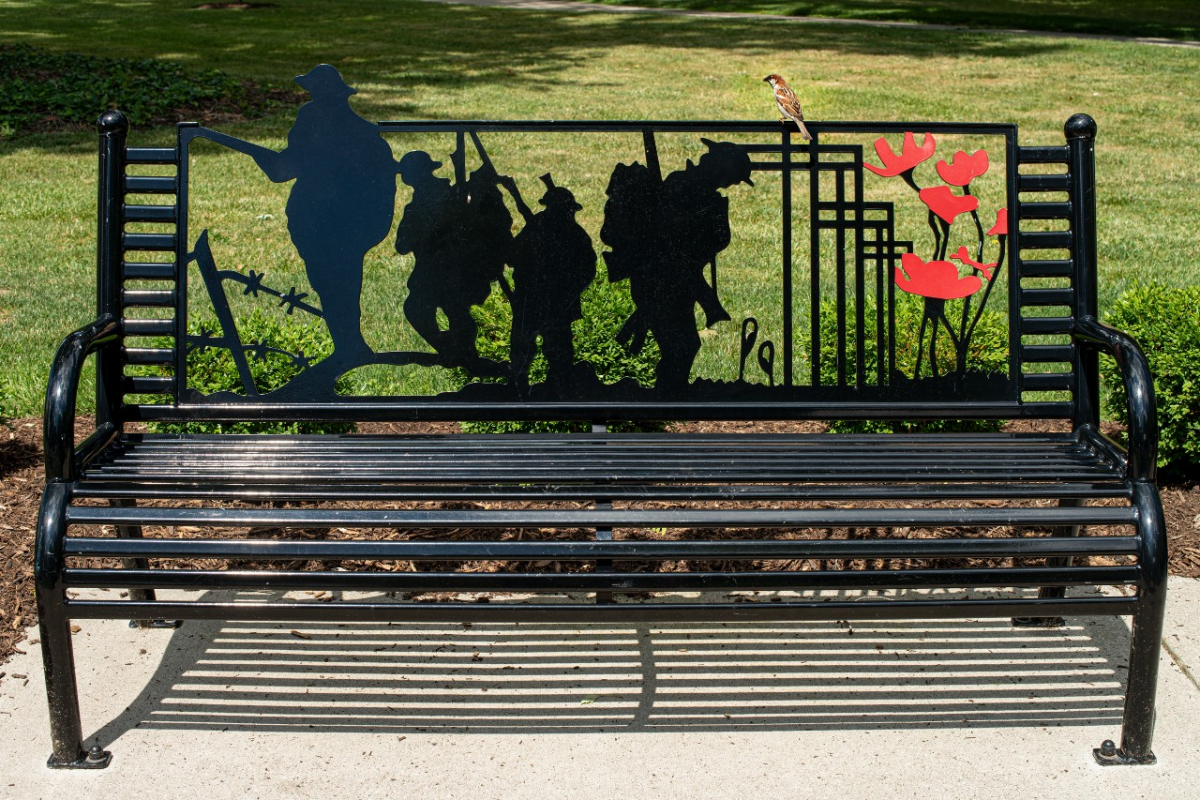 Right there on the spot, they created the Veterans Park Lighting Campaign Project, for which Realesmith was the project manager. “We got quotes to remove old light poles, install new, Grand Victorian-looking light poles, and run new ethernet lines for surveillance cameras. In less than three months we had raised over $120,000 to complete the project and move forward.”

Veterans Park is located on the corner of Christina Street and Wellington Road in downtown Sarnia. The site is home to the Sarnia Cenotaph, or empty tomb, that serves as a monument to all the veterans who never made it home. “It is hallowed ground for our community,” shares Realesmith. Throughout the park, there are storyboards that tell the stories of Sarnia and the conflicts the city has been involved in back to the Boer War in the 1800s. “All of Sarnia's history of war is in that park. And now, at night, you could land a plane in the park, because that’s how bright it shines.”

﻿This story is brought to you by the Rotary Club of Sarnia.