From bacon to beer. That pretty much sums up the career path Joe Donkers has taken. A pig farmer for nearly three decades, Joe did a 180 about five years ago when he made the decision to start brewing his own beer at home. That ultimately led to him and his wife Mary starting Stonepicker Brewing Company in Forest and it has been an absolute success. “I had taken over my mother’s farm and the pigs were already there,” Joe says. “Mary and I did that for quite a while and when I turned 50 years old, I decided to try something new. The pigs were out and we coasted for about five years before we started homebrewing. Then we decided to do the brewery.” 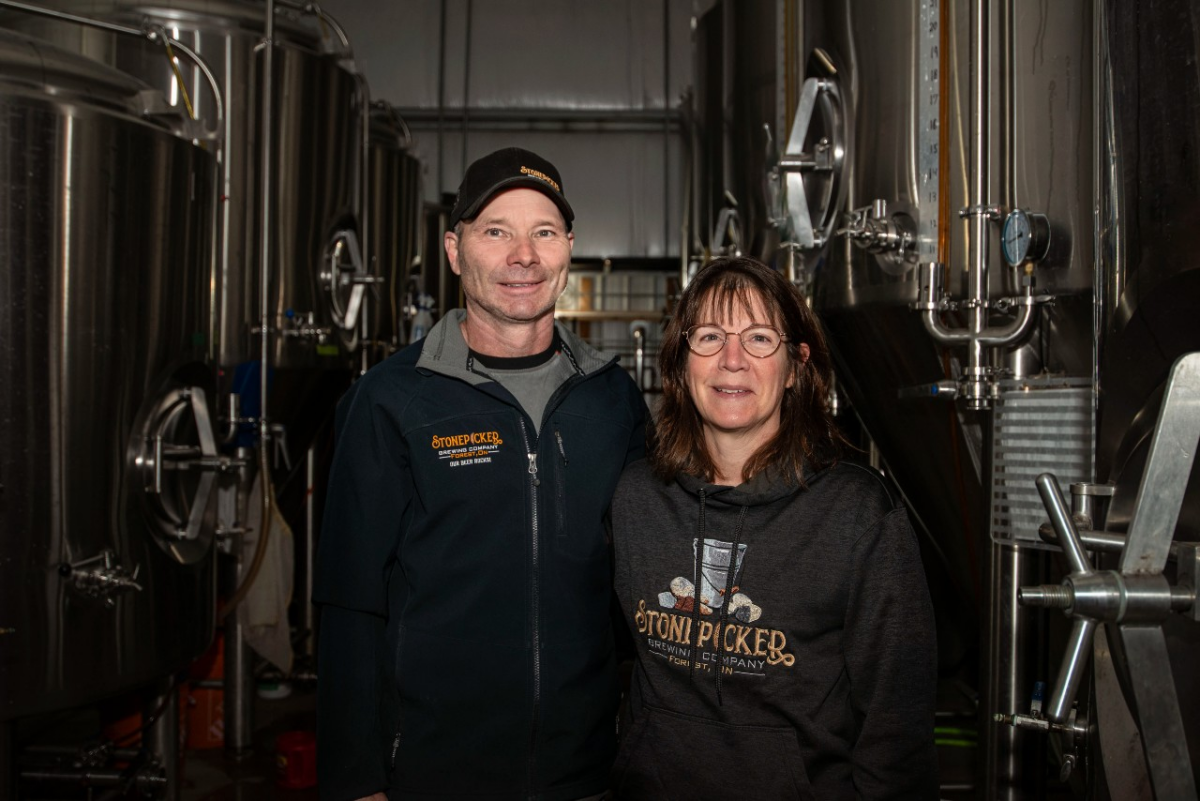 For years, Joe thought of brewing his own beer before he got around to doing it. “Ten years earlier I actually grew some barley out in a field and was going to try malting, but at that point, our son was still living at home, and we really didn’t have the time to do it, so we just used it as pig feed." When the pigs finally were gone, the Donkers had the time to actually do the brewing thing and it has been a good thing ever since.

Originally Joe and Mary partnered with Jim and Laura Soetemans to open Stonepickers, but after a year the Soetemans found they were too busy to continue so the Donkers now operate Stonepicker Brewing Company on their own. “We got to a point where we had to decide if we were going to keep it a small operation or get into the business of selling our beer,” Joe says. “We had the building here, which used to be my welding shop, so we cleaned it out and bought the brewing equipment, put it in, and away we went.”

Due to their personal circumstances, Joe never felt enormous pressure to be successful right out of the gate. “We were probably a little different than most people in that I was 55 when we started this and it was more of an expensive hobby than a job,” Joe jokes. “Our expectations were rather low and it has turned out much better than we expected. We weren’t behind the eight ball like we would have been if we were young and had borrowed from the bank to get things started. We figured if it didn’t work, we could sell the equipment and only be out some cash.” 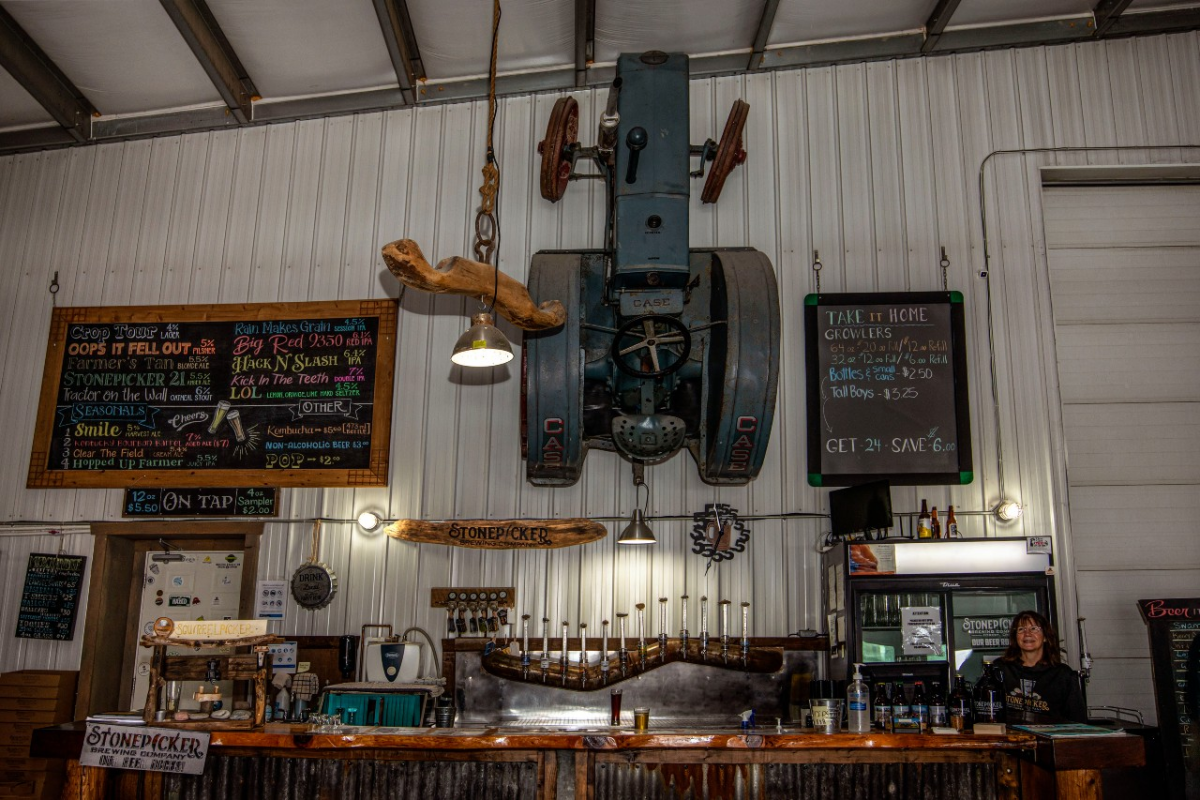 Stonepicker Brewing Company, which features a tractor hanging on the wall over the bar, seats about 60 people. It has proven to be very popular. Joe and Mary’s beer is sold in about 40 different bars and restaurants, a number that was closer to 50 prior to COVID. “We go from a very simple lager to a dark stout and everything in between.” Their best seller is Crop Tour, a 4% lager named for taking a long drive through the country. “We also have some IPAs that are starting to take off, and Hack N Slash is our citrusy beer that sells well, too. But honestly, we like to the let our beer do the talking.”