Stephanie Grant and Jane Huggett have a rather unusual business relationship that seems to work perfectly for them. Stephanie, 42, and Jane, 64, began working together as waitresses at Olive’s Casual Cuisine in Sarnia when the restaurant opened in 2001. When the original owner Olive Archibald decided to sell the restaurant, the two decided to step up and buy it. That was in 2014. “Olive had the restaurant up for sale, but it wasn’t really moving,” Stephanie recalls. “At the time, it wasn’t in a profitable enough position that it was attractive to buyers. We saw the potential to revamp the business and make it more attractive to a younger audience.” 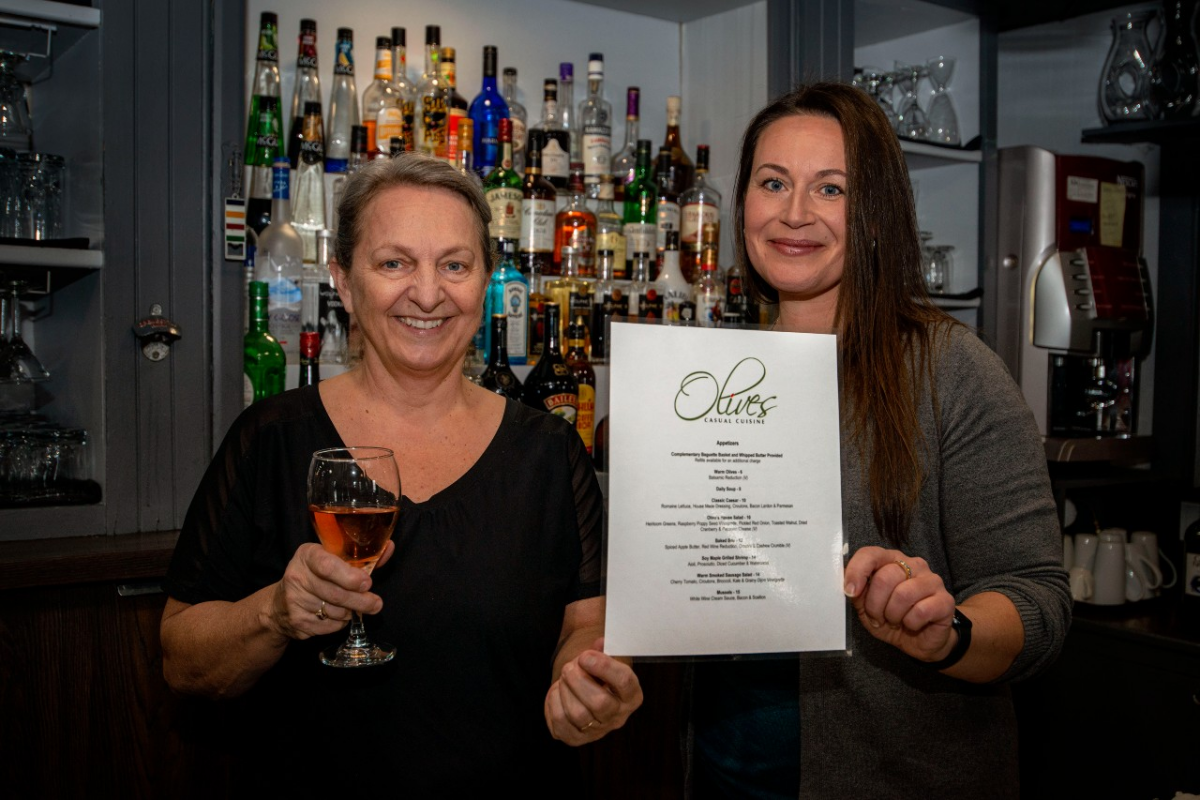 Originally, the restaurant mainly catered to a very senior clientele but that wasn’t enough to keep it busy. “We needed to adjust that mindset a little bit and make it more approachable for young people,” Stephanie says. “We did a little bit of renovating to make it more easily received.” About seven months after taking over, they decided to remove a permanent wall between two dining rooms and replaced it with a portable wall that can be left in place or opened. The restaurant can now accommodate different sizes for private events. “We can have up to 100-110 people in one room which is something we couldn’t do before. We modernized the restaurant without going too far. We didn’t want TVs in the dining room or hard surfaces. We still wanted carpets and linens because that softens the noise and makes it more of a dining experience.”

While Stephanie and Jane are the owners of Olive’s they continue to work as waitresses. Having a good dining experience remains key to enjoying Olive’s Casual Cuisine. “It is a dining table with linens and two sets of cutlery. It is set for dining, but not pretentious dining. It’s not meant to make anyone feel awkward. If you want to come in in jeans, then come in in jeans and be comfortable. There’s no judgment. The food is still high-end. The dinners are prepared from scratch and every dish is uniquely prepared. It is plated to look so.” 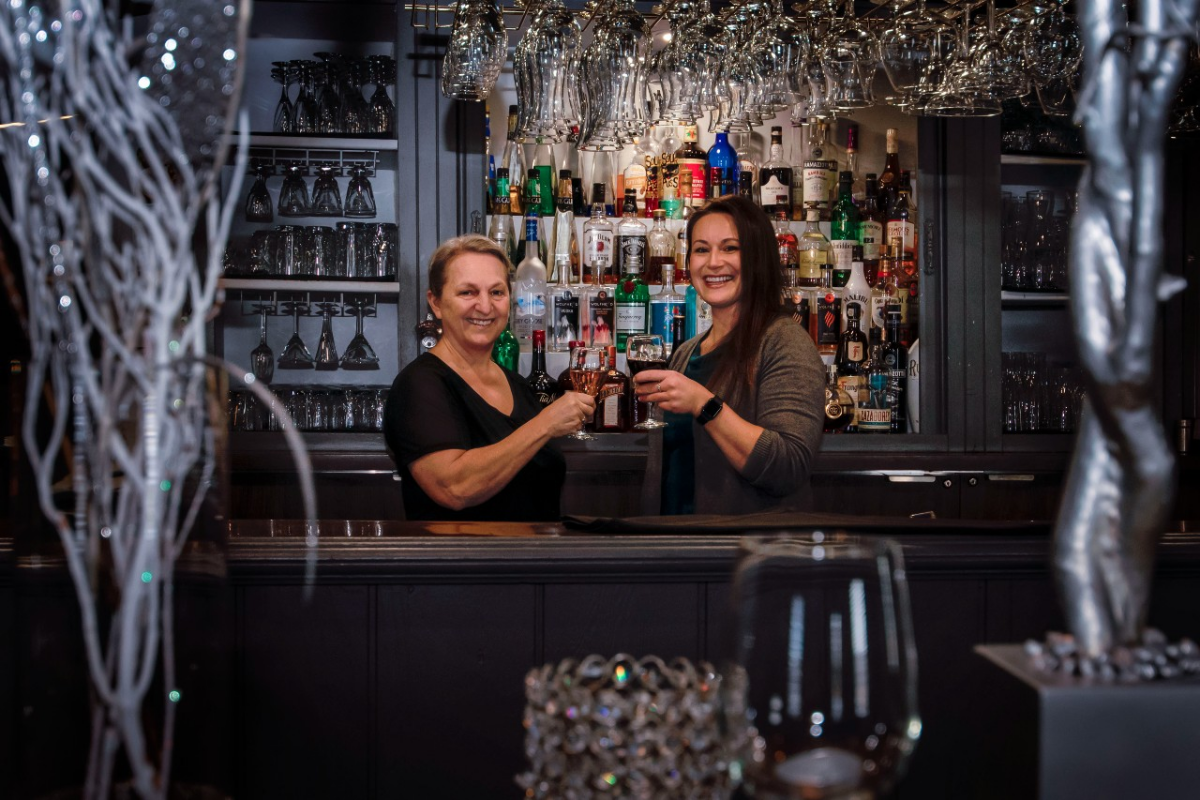 Obviously, the COVID-19 pandemic hit the business hard. During the first shutdown, Stephanie and Jane thought they would close and ride it out for a few months, but that didn’t happen. “We were leery of offering takeout because we didn’t think offering a $30 to $40 entree in a Styrofoam or tinfoil box would appeal to many." They did, however, offer takeout lunches and during the second lockdown decided to roll the dice on offering dinners and were ecstatic with the results. Olive’s also began offering freezer meals to take home and they have been a hit. “It was an idea Jane came up with and when I posted it online, we were completely sold out with a few hours,” Stephanie says. “We started with our crepes and we had some lasagnas and we expanded to potpies, crab melt on portobello mushroom, and then our quiches. People want something that is quick and healthy.”

Now that restrictions have loosened, Stephanie, Jane, and all their staff are excited to be welcoming back their customers.