It took becoming a grandmother for Liz Larkin to find her career path. “Our daughter Emily became pregnant with our twin grandsons and when they were first born, she was buying cute onesies from people and paying upwards of $30 for customized onesies,” Liz says. “She said to me, ‘If you by a Cricut you could make some for the twins.’” Which is exactly what Liz did. Beginning in 2019 she started designing custom gear for her grandsons. “It was in January of 2020, Emily suggested I should go into business. It was pink shirt day and Emily suggested I put a message online telling people I could make pink shirts for antibullying, and it just took off from there.”

That was when Leaping Lizards Boutique was born. Leaping Lizards is a home-based boutique in Brights Grove. Liz has taken over two rooms in the basement for her blossoming business and she also sells her goods at Parallel Junction, an artisan shop in Brigden, ON. “It is a good way for artisans to show off their work and get their names out there so they don’t have to only rely on custom orders. I also have a few meetings set up to hopefully go into Grand Bend this year, too.” 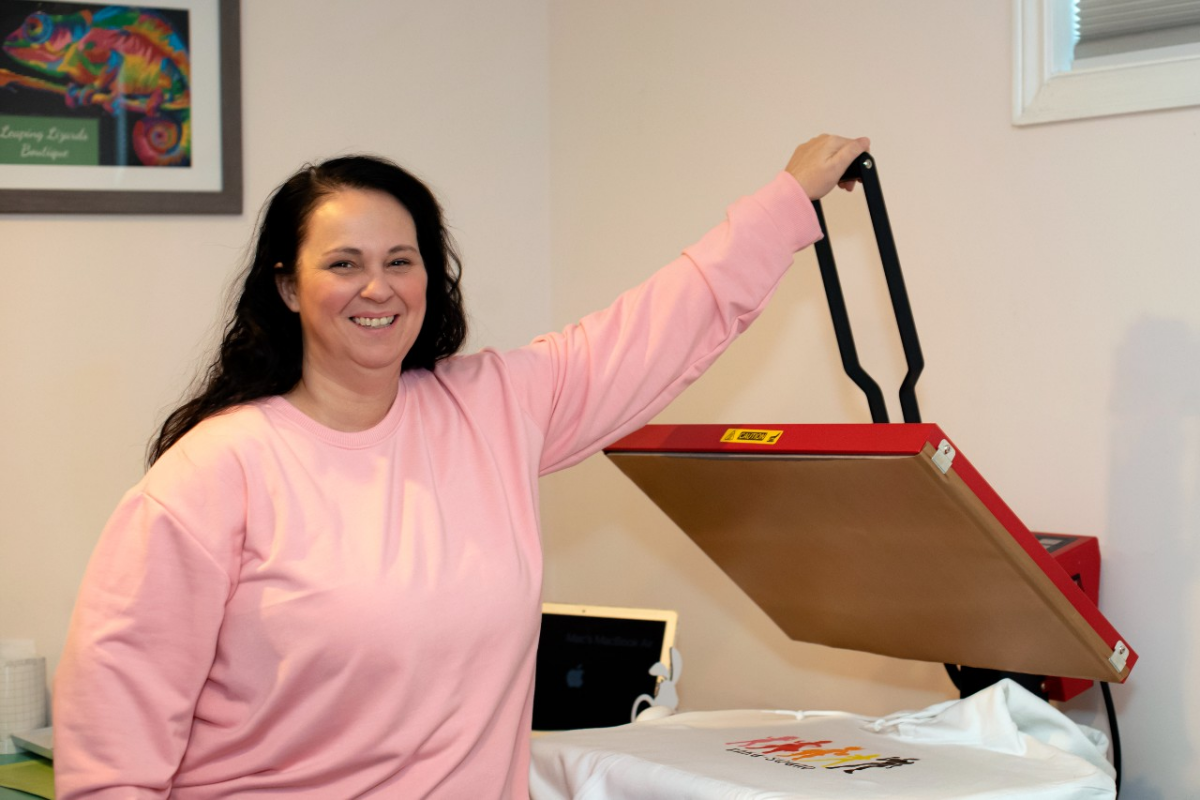 Prior to starting Leaping Lizards Boutique, Liz jokes that she was, “a homemaker, wife, mother, cleaner and dishwasher – a jack of all trades.” Now she’s hoping to tackle the world. “I have visions of being a world-wide business one day,” Liz proclaims. “Shipping is crazy right now, so we’re trying to keep it to just North America. I want to be a household name one day, even if it’s only in Southwestern Ontario.” While Liz originally was focused on making cups and shirts, she has now grown into custom signs with the help of her husband. “One day a customer messaged me asking if I do signs. I replied that I don’t, but when I showed it to my husband, Rob, he said, ‘I can do that for you.’ Now he’s my fulltime wood guy. Everybody calls him Mr. Lizard.” 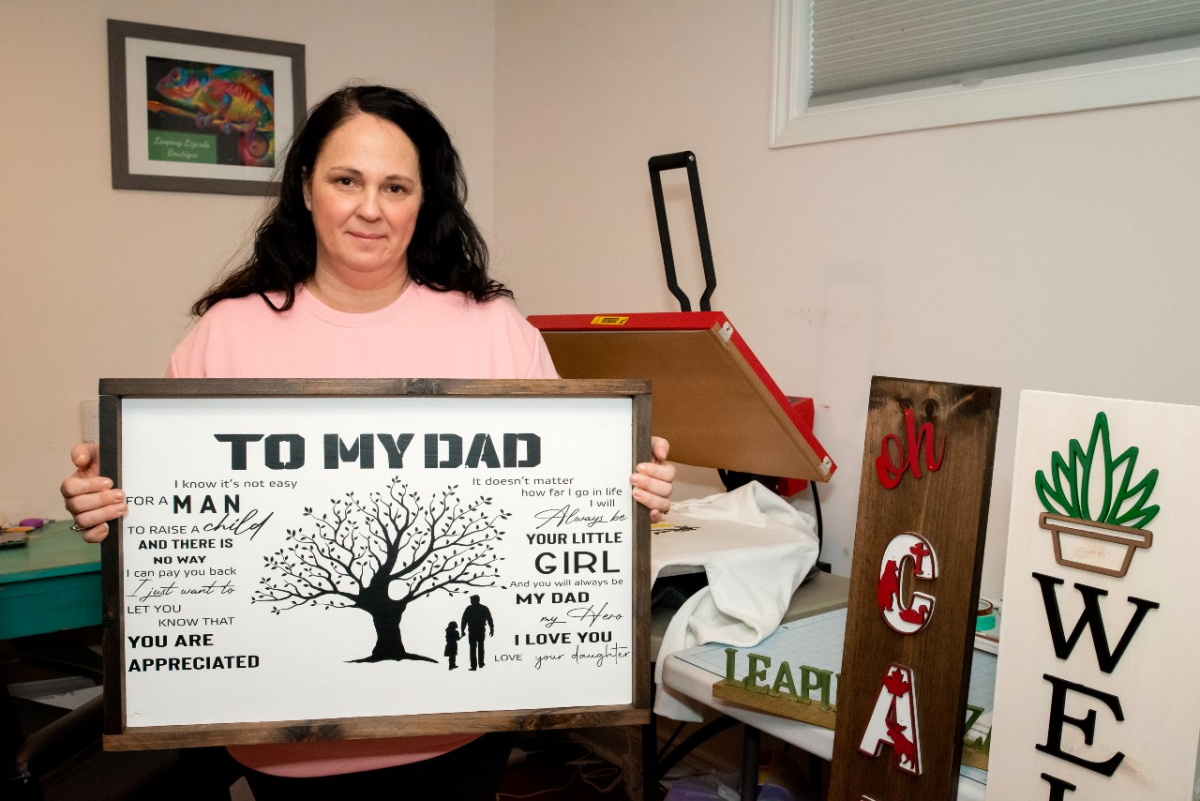 Liz credits her daughter Emily with coming up with the name for her business. “I have lots of nicknames with my name being Liz – Lizzie, Lizzie-Lou, Lizard,” Liz says. “Our grandsons call me Granny Lizard. So Emily said, ‘Why not call your business Leaping Lizards,’ and I thought that was great.” There are many rewards for Liz when it comes to running Leaping Lizards Boutique. “The biggest thing is the happiness of the customers,” Liz says. “People send me pictures of their parents or kids with big smiles on their faces while wearing the shirts I have made. Just putting a smile on somebody’s face is very rewarding.” The extra income from her work is also a benefit.  “Now, if the grandsons want a new bike, the grandsons get a new bike. A well-deserved reward for inspiring Granny get into business!"