Running his own business wasn’t really on Justin Brogden’s radar until the COVID-19 pandemic hit. But when he parted ways with his employer after a disagreement on how to conduct business during the pandemic, he needed a Plan B. Perplexed about what his next move was, Justin, recalled a previous opportunity with a company called Modern PURAIR. At the time he decided he was comfortable in his current situation; pleased with his salary and company benefits. “The person who first contacted me became my friend on LinkedIn and he reached out to me asking me how things were going,” Justin recalls. “I said, ‘Pretty crappy to be honest with you.’ I explained to him what happened. I told my wife I had a little PTSD about working for others. I was No. 3 in the company and with the drop of a dime, I was fired. Now I will always be nervous that I am going to get fired no matter how well I do. I really started thinking about working for myself. So we decided to take the leap and purchase this franchise.”

Justin and his wife, Jessica, started Modern PURAIR in Sarnia in August of 2020 and opened doors to business in October. “I didn’t necessarily have experience in indoor air quality/duct cleaning business, but I was in HVAC before this,” Justin says. “I had knowledge of HVAC systems and how they worked. The transition was very easy for me.” Like so many businesses, Justin’s Modern PURAIR has been affected by the pandemic. “We did really well out of the gate and then the December lockdown happened and we nearly lost everything,” Justin says. “I received a COVID relief cheque the day before we had to pay a bill that we didn’t have the money in the bank to pay. We were down to $800 in the bank and the bill was for $3,000. Fast forward to February and we were booked until the end of May and solidly into August.” 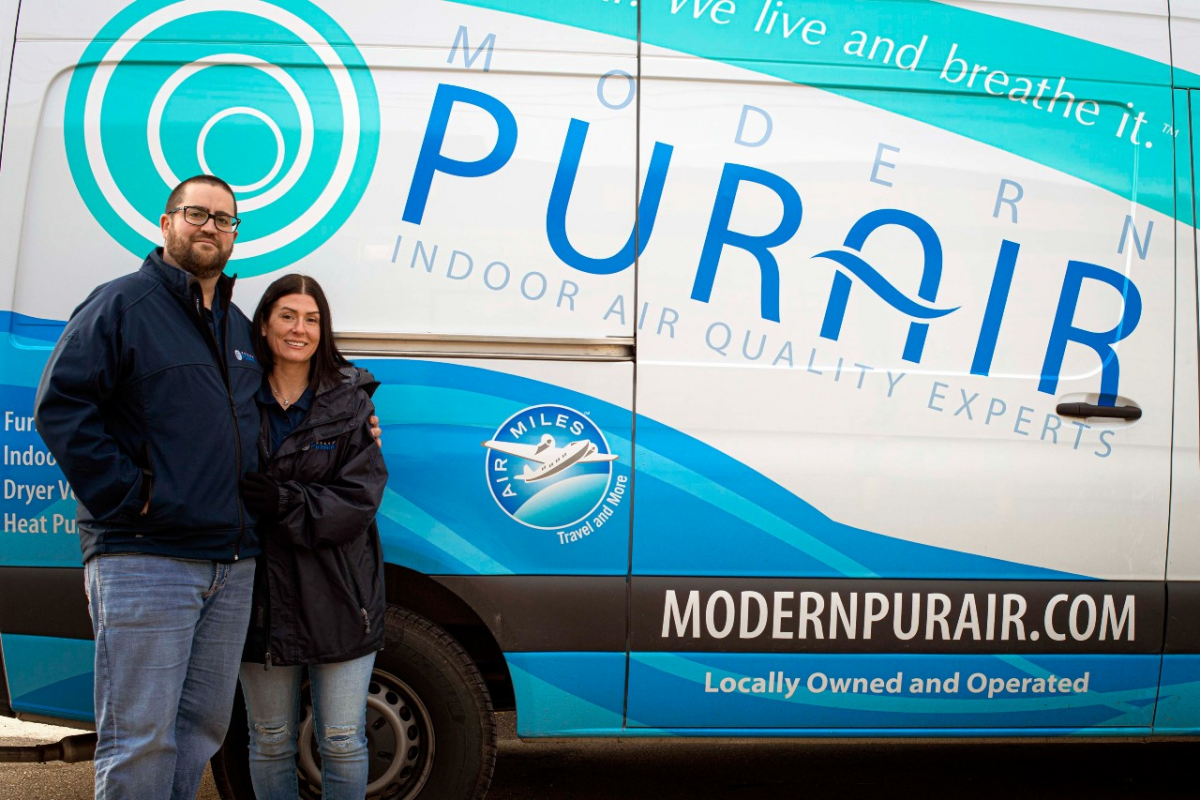 Justin likes to boast that Modern PURAIR does not pester people at home with annoying telemarketing calls the way other companies do. “Because there is such a bad stigma about duct cleaning calls, people simply say they don’t need it,” Justin says. “The truth is, they do need it…they just don’t need the annoying calls at home. We don’t do outbound calls and we don’t use telemarketers.”

Justin, 38, manages the business with all the contracts going through him. Jessica, 37, is the operations manager. They have hired four technicians, a Business Development Manager, and they are operating two vehicles with a third on the way. They have also expanded into Chatham. Justin says he is thrilled with the direction Modern PURAIR is going and the biggest payoff is the new balance he has between work and home. “Since I started with Modern PURAIR, I have not missed one of my kids’ events,” Justin says. “You could offer me a job paying $100,000 more than I make now and I’m not taking it. I love this job.” 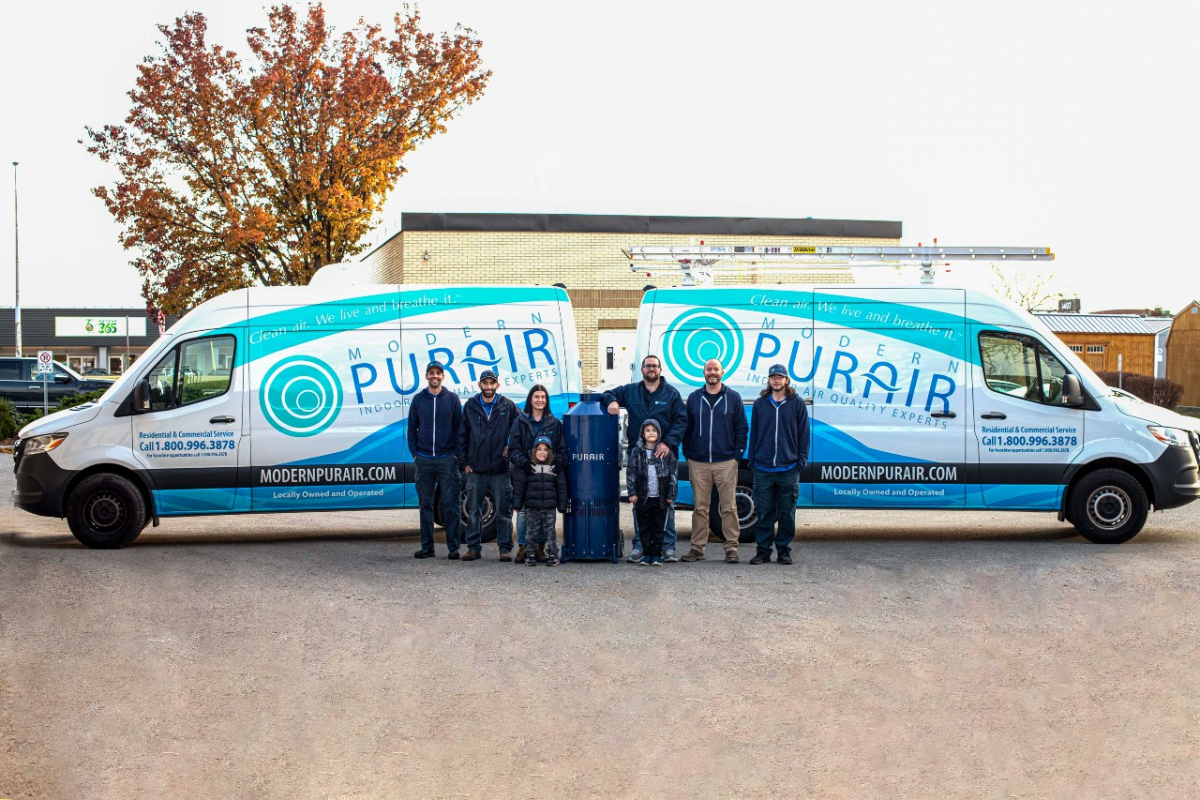