Kulpreet Singh is thrilled with the success of his new restaurant, Tandoori Joe, but when it comes to taking credit for its success, he defers to his wife, Satmeet Kapoor. “Basically the idea behind the restaurant came from my wife,” Kulpreet says. “Satmeet loves cooking and we always thought when it comes to Indian food, it was always a dine-in experience. We wondered why there was no such thing as a fast, healthy, Indian-flavoured restaurant where you can quickly go in and in three minutes be out with your food and everything is in one bowl?” From those questions, the concept of Tandoori Joe came about. “Basically, Satmeet created the entire menu with the combination of what fillings and bases should go with what flavour of homemade dressings.”

Tandoori Joe opened in October of 2020. “We wanted to create our food in a faster, more efficient way,” Kulpreet says. “We came up with our tagline first which is: Indian Inspired. Canadian Made. It is a presentation that Canadians seem to appreciate, but it is authentic Indian flavours.” Kulpreet and Satmeet wanted the name to be something that reflects Canada. “Tandoori is something that is very well known by Canadians as something that relates to Indian food and Joe is basically like an average Canadian.” 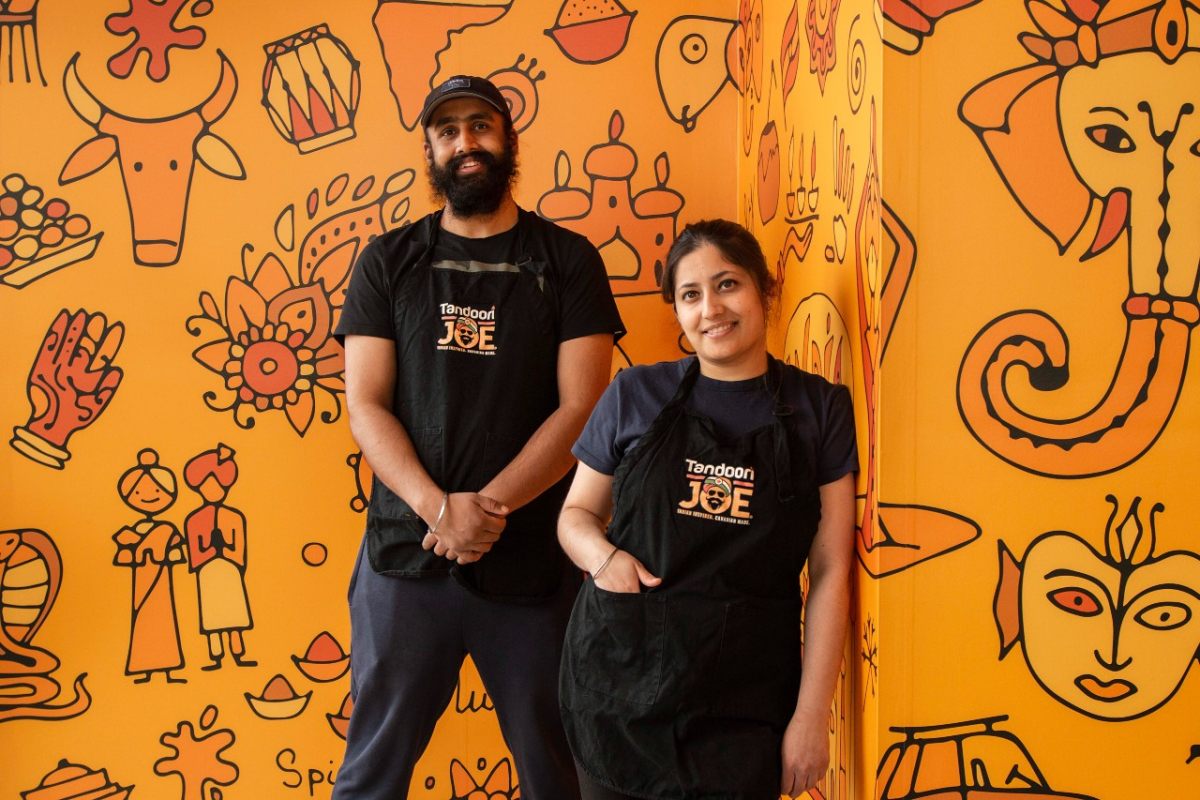 Transitioning from a concept to an actual restaurant proved to be very challenging. “We had never started or operated a restaurant so initially we struggled in the beginning to plan things,” Kulpreet says. Their timeline was also a challenge. Kulpreet and Satmeet took over their lease in September and began operating on October 12. “In a month we had to do all the renovations, all the graphics, and the most complicated thing of all, the menu. There was a lot of trial and error in terms of getting the flavor combinations right – what goes best with what.”

Kulpreet and Satmeet’s Indian-inspired and Canadian-made dishes include Butter Chicken Poutine, Mac N’ Cheese (featuring Indian spices), Naan-Za, and Butter Chicken Quesadillas among many other dishes. “One of our most popular dishes is something that is called the Farmer’s Bowl and it has rice as a base with a sauteed spinach dressing. Then the bowl is filled up with things like feta cheese, chickpeas, corn, and spicy bread that makes it very unconventional, but delicious,” Kulpreet says. “Basically our dishes are North American comfort foods and we give it an Indian twist.” 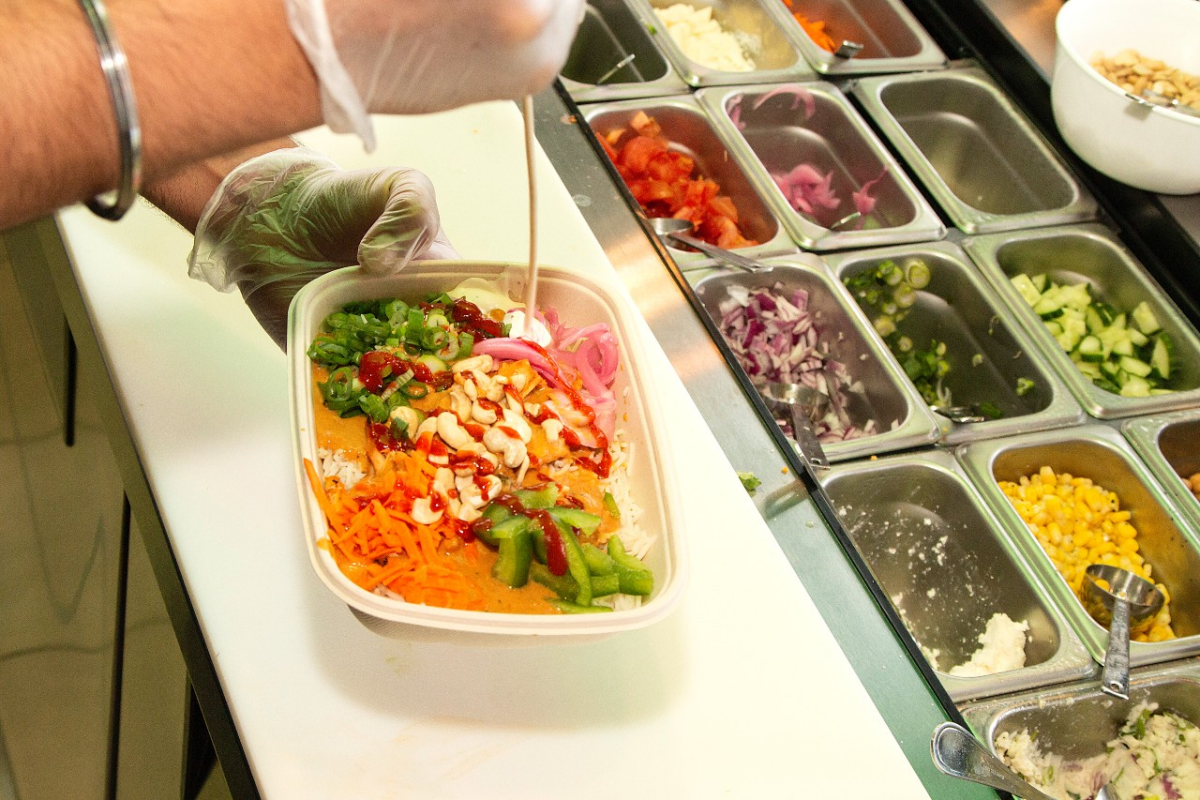 Kulpreet said their plan from the get-go was to come up with a format that could one day be franchised. “One issue with Indian food is it tastes different depending on who cooks it,” Kulpreet says. “Satmeet created a five-step process for each dressing so it doesn’t matter who does the cooking. If you follow the five steps it tastes exactly the same.”

Kulpreet has been thrilled with the reception of Tandoori Joe. “People seem to love it,” Kulpreet says. “Our Indian customers and our Canadian customers tell us they have never tasted anything like this and it is amazing!”