On their own, golf and curling each have long and storied histories in Sarnia-Lambton. Residents have been curling on the ice in Sarnia Bay since 1866. This passion culminated in the formation of the Sarnia Curling Club in 1874. Similarly, residents have enjoyed golf since the first nine-hole course was constructed in 1907, located at the corner of Christina and Exmouth Streets, where Norm Perry Park is located today. Players used to hang their coats on the back of a ‘Sarnia Wollen Mills’ sign. “Someone had their favorite pipe and tobacco pouch stolen and that led to the construction of the clubhouse,” says Barb Lewis, a member of the Club for 37 years. The Sarnia Golf Club was officially founded in 1912. The property covered 80 acres and was purchased in 1913. In 1927, the golf course expanded to eighteen holes on property that was leased from the Grand Trunk Railway.

The layout of the property was significantly affected by the political climate of the time. During the era of prohibition, Sarnia was dry, but Point Edward was not. “The Board of Directors were able to re-zone part of the land and to expand into Point Edward, which allowed alcohol consumption. That’s why the clubhouse was built in Point Edward in 1915,” explains Lewis, although that building was destroyed by fire. A larger clubhouse opened in 1959, allowing for many events, including large banquets for both golf and curling tournaments. The golf course’s half-way house was constructed on the opposite side of Christina Street from the clubhouse, the four-lane road that runs through the middle of the course. “It is strategically placed after hole number five and you actually pass by four times as you play the course,” says Charlene Johnston, a member for 40 years.

The golf and curling clubs operated independently until 1961. At that time, both organizations faced financial constraints because they only operated for half the year; together they could offer year-round activities. The amalgamated organization constructed a new curling rink with eight sheets of ice and added a lounge and locker rooms. The old Sarnia Curling Club was purchased by the City of Sarnia and it became known as the Children’s Arena. The new ice rink continues to attract international teams. One of the most interesting events is the World Curling Tour, a men’s event with teams from across Canada, U.S.A., and from as far away as Switzerland, Finland, and Japan. 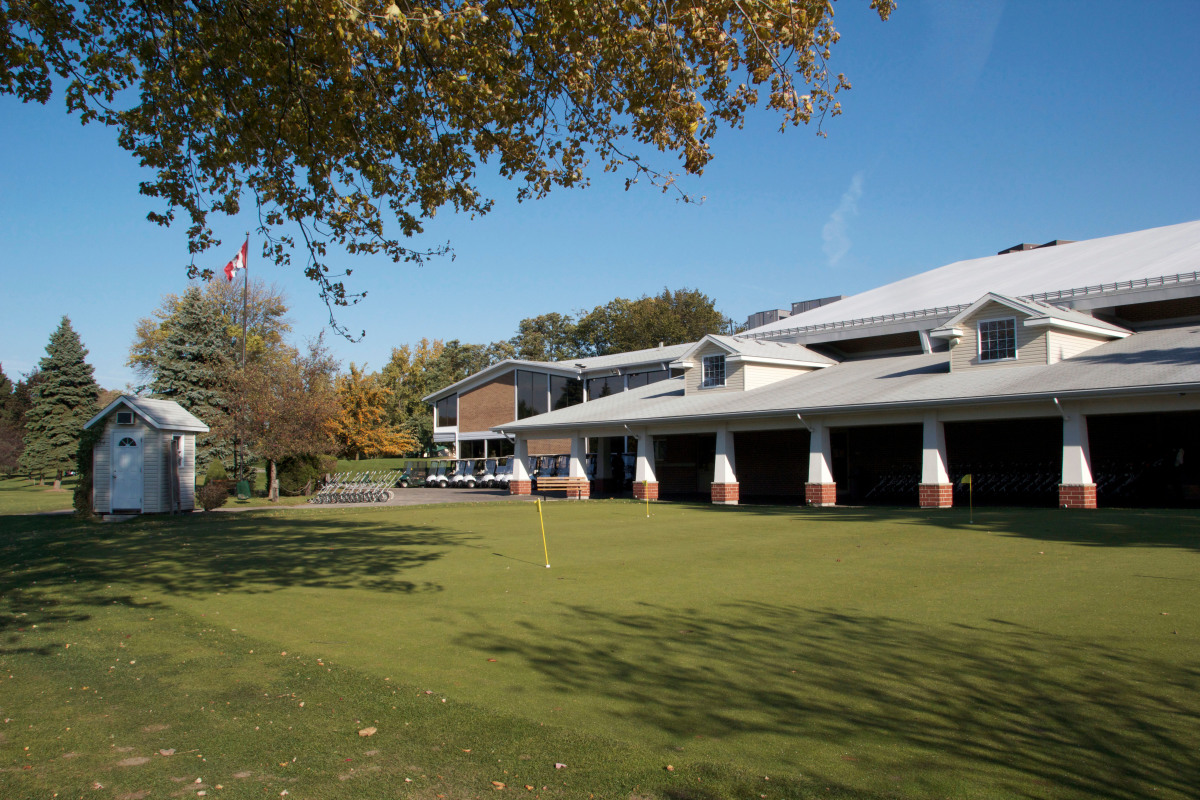 The Club is governed by a board of nine directors, and together they oversee all aspects of the Club. There are approximately 50 full-time staff members and an additional 45 staff members in the summer months. The social fabric woven between the board, its 1,300 members, and staff are what makes the Club truly successful. The passionate and engaged family atmosphere has served Sarnia for well over 100 years. “I’ve met lifelong friends through the Club. I’ve enjoyed both the sports and the social aspect,” says Johnston.