Moulton’s Optical Centre has roots dating back to the 1940’s. Glen Moulton started the business in 1946 on Christina Street. “They were located on the second story of a building under the name Imperial Optical. The business grew to a very large company and they moved to a four-story building on Front Street,” explains Paul Moulton, owner of Moulton’s Optical. Then the property was appropriated by the City of Sarnia to build the Seaway Tower. “When that happened, we moved to our current location, 172 Christina Street North, in 1978 and have been here ever since.” In 1991, Moulton purchased the business from Imperial Optical to privatize it.

“Glen was instrumental in helping many of the ophthalmologists and optometrists get set up in the city. He was quite active in the recruitment process as the city was growing.” A finishing lab on the premises set the business apart. “We ordered the products, but did all the hand-finishing and edging here, the design work too. My Dad had ten employees working in the lab back then as we used to make the lenses from scratch. Clarence worked with the company since he was fifteen years old. He retired in January last year.” The lab duties have since been taken over by Heather Sauve. Technology has changed the way they complete the work. It plays a role when picking out frames as well. “We can show people what they will look like in certain frames, and can also show them a comparison of multiple frames on the TV screen. We also test every lens personally before we recommend it to a patient.” 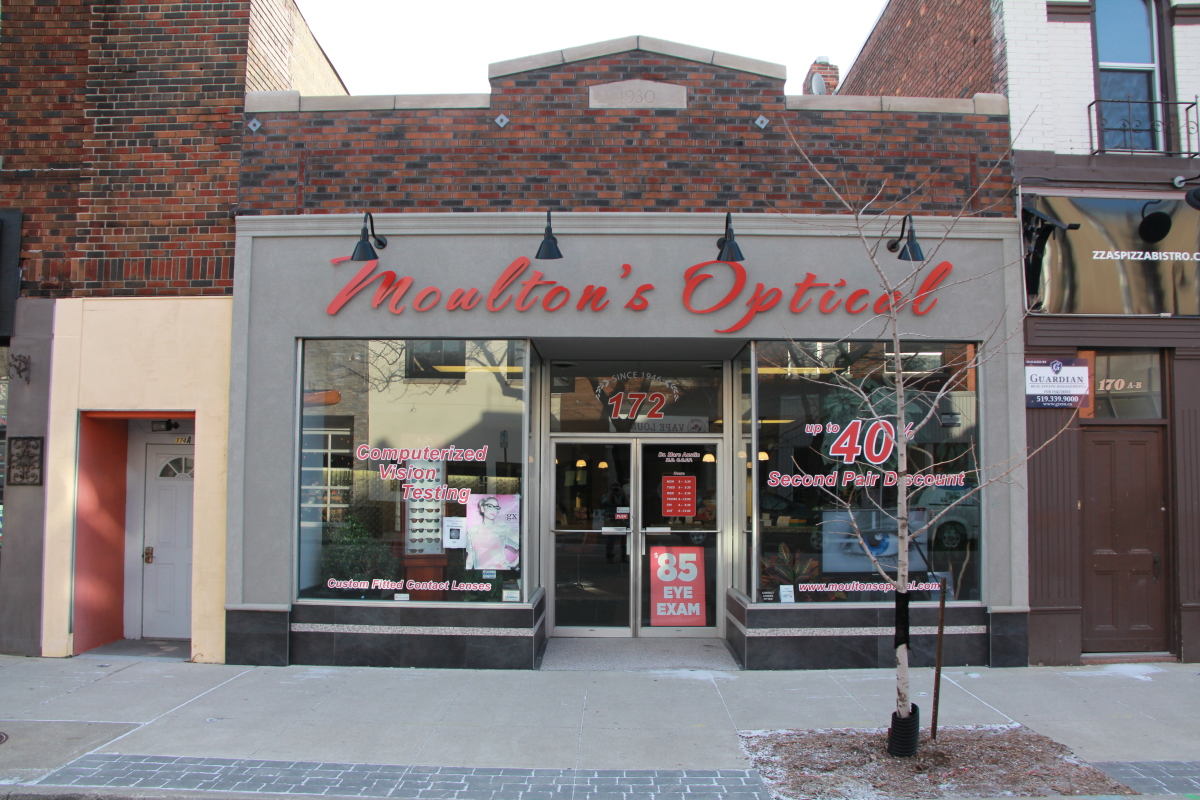 In January of 2017, Moulton and Sauve renovated the entire interior of the store, including painting, carpet, wood accents and a fireplace. “The store is 3,300 square feet, so we broke the renovations into two portions. Now that it is all done, it looks very nice and modern.” The exterior of the building received a facelift too. “I won an award from the city for the restoration of the façade. It was nice to be recognized. The plate on the front of the building is from 1930. That’s the year my mom was born. She’s passed away now. That was an important thing for me when we refurbished the front to its original look.” 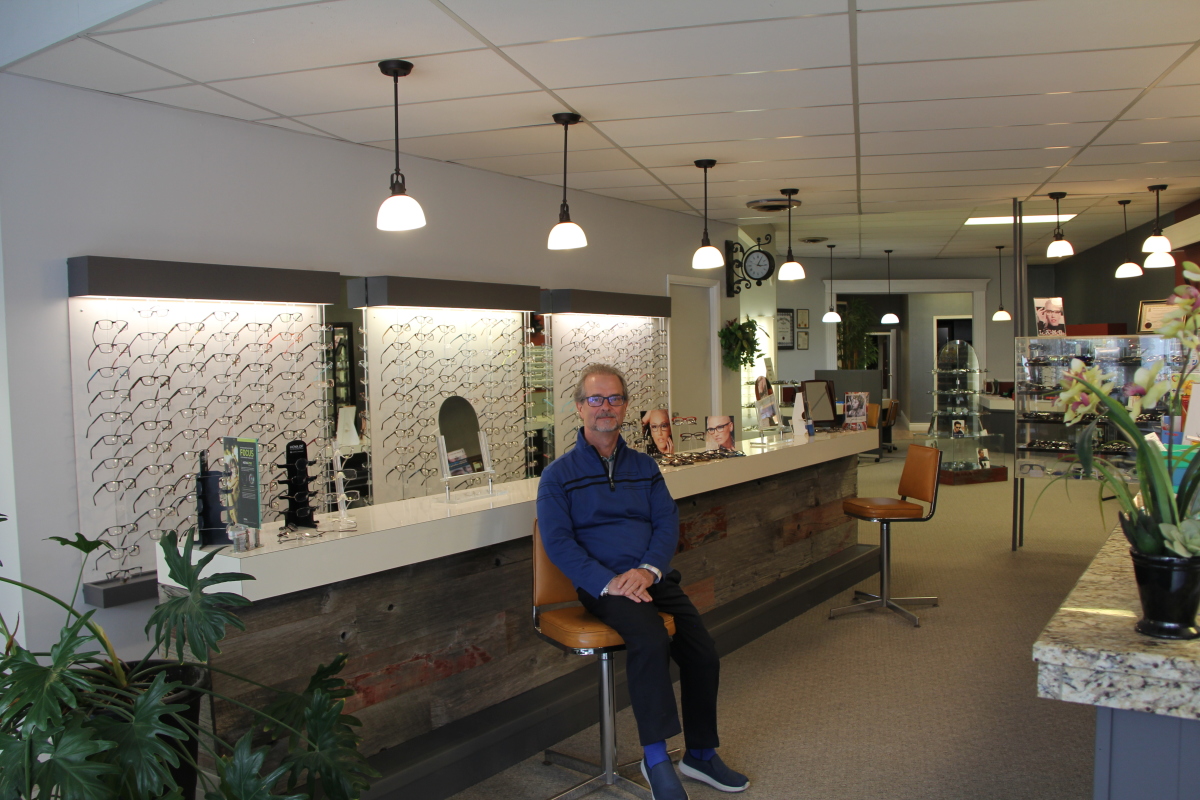 All of their inventory is current, with over 800 frames on display, and each piece comes with a two-year warranty. A 40% discount is applied to the second pair of glasses. “Customers have a lot of choice and we pride ourselves on the fact that the customer is going to get the perfect fit.” Moulton is a certified master contact lens fitter as well. He offers many different types of specialty contact lenses. “If we don’t have it in-stock, we can order it. We are a full-service optical centre, with two eye examination rooms, two optometrists on site and in-house fabrication of the glasses and fitting. We’ve made some changes around here, but I still see a lot of my Dad’s customers.”