Tim Westaway has been involved in endurance sports for most of his life. “My first race was the Bluewater Triathlon here in Sarnia about 34 years ago. I participated in triathlons until my kids came along and didn’t get back into it until I was in my forties,” Westaway explains. He then moved from triathlons to Ironman races. In 2011, Westaway learned about the Canadian Death Race, a 125-km trail race through the Rocky Mountains that includes over 17,000 feet of elevation change, a river crossing and running through the night. “We were told only one in three athletes would complete the race. I finished in under 20 hours and placed 33rd overall. I was hooked.”

Westaway then participated in endurance trail races all over the world, including the 2012 Chimera 100 Mile Race in California, the 2013 Ultra-Trail du Mont-Blanc (a 100-mile course through the French, Italian and Swiss Alps) and the 2014 Mohican in Ohio. “Trail running is completely different from marathoning. Marathoners compete against each other. Trail runners compete against the course. The real challenge in a 100-mile race is to finish and because of that, there is this real camaraderie on the trail. We share snacks, water, headlamps or whatever is needed to help get each other to the finish line.” 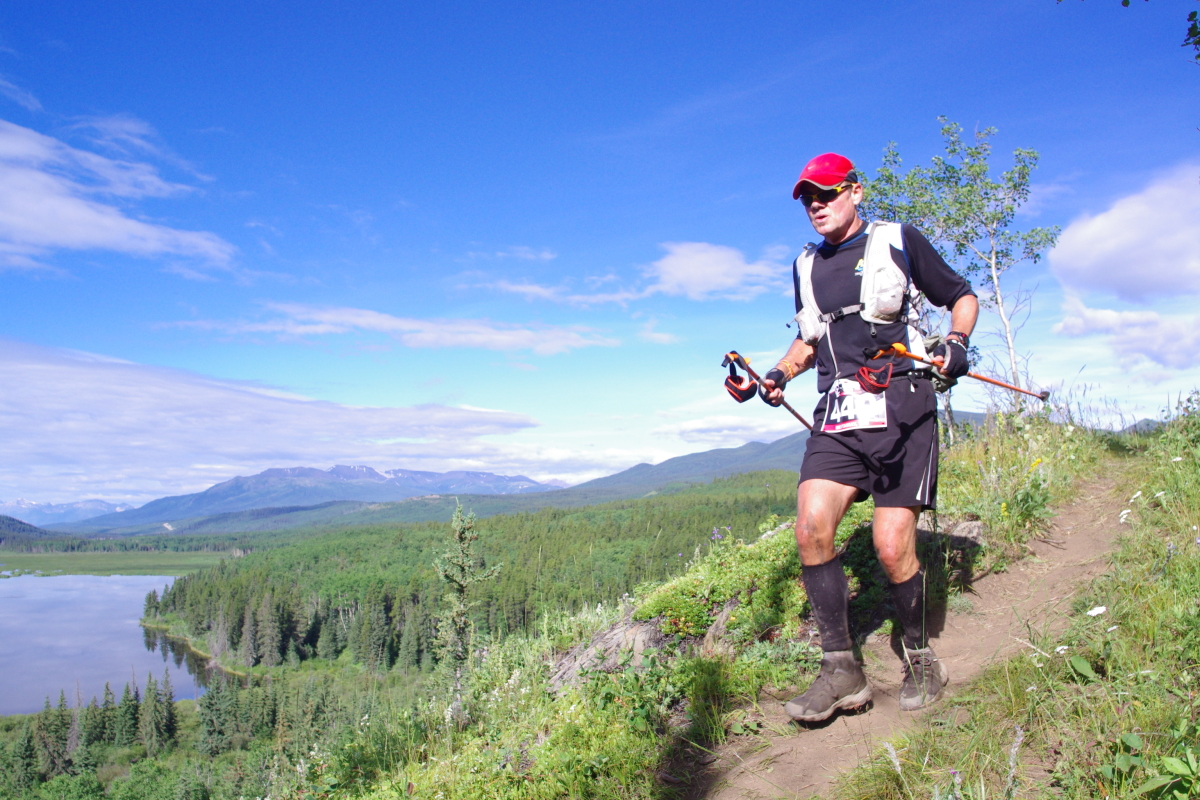 Westaway participated in both the 2016 and 2017 Comrades Marathon in South Africa. “With over 22,000 participants, this road race is the South African equivalent to the Super Bowl. The support and crowds are amazing.” Many of the towns and villages on the course organize fundraisers during the race. “World Vision had a booth set up where runners could leave a bag of race supplies for a small donation to the local orphanage. As I ran through this town to retrieve my bag, cheering kids lined the streets ready for high-fives. I high-fived both sides of the street and then realized I forgot to pick-up my supplies!”

Always among Westaway’s race supplies is a photograph of his daughter. “Kelly was a special needs child who was in a wheelchair. One of our challenges was figuring out what we could do together as a family.” Running soon became that activity. Westaway purchased an especially durable stroller for Kelly, and from then on he couldn’t go for a run without her. “We went through so many sets of stroller wheels!” After his daughter passed away, just shy of her 12th birthday, Westaway continued to run as a coping mechanism. Running reminded him of his daughter and their time together. “It became something I wanted to do. l often share Kelly’s photo and our story with other runners on the trail.”

Westaway’s next endurance runs are in Hawaii and New Zealand. 62-year-old Westaway is in the process of transitioning to retirement. “My plan is to run full-time and to start doing more motivational speaking. I want to share my race stories in the hopes of inspiring others, especially young people, to overcome their fears and follow their dreams.”