The Sarnia Imperials football team was founded in 1928, and was a member of the Ontario Rugby Football Union, a league that preceded the Canadian Football League (CFL). The Imperials appeared in three Grey Cup championship games, winning twice in 1934 and 1936. They are now part of the Northern Football Conference (NFC), a semi-professional football league founded in 1954. “The franchise was rebooted in 2006, and the 2018 season marks our lucky 13th year playing in the NFC,” says Head Coach, Jake Cherski. “The Red Army, as we call ourselves, is a fierce competitor in the NFC Western Division.” The Imperials play eight regular-season games.

“Norm Perry is an Imperial Football legend and is in the CFL Hall of Fame, along with others like Orm Beach and Hugh Stirling,” explains Cherski. The NFC was created to provide an opportunity for athletes over the age of 19 to play football beyond the high school level. “Sarnia is a hidden football gem. We’ve had a ton of great players come from the area. My high school team alone had three guys that played in the CFL. A local team like this was missed when there wasn’t anything in the area for nearly two decades.” Since they started playing again, a few players have been mainstays. “I presented a few guys with an Imperials watch for their longevity, including Matthew Goulais, Adam Mackinnon and Michael Fioroni.” Cherski received a watch as well to mark 10 years of service. 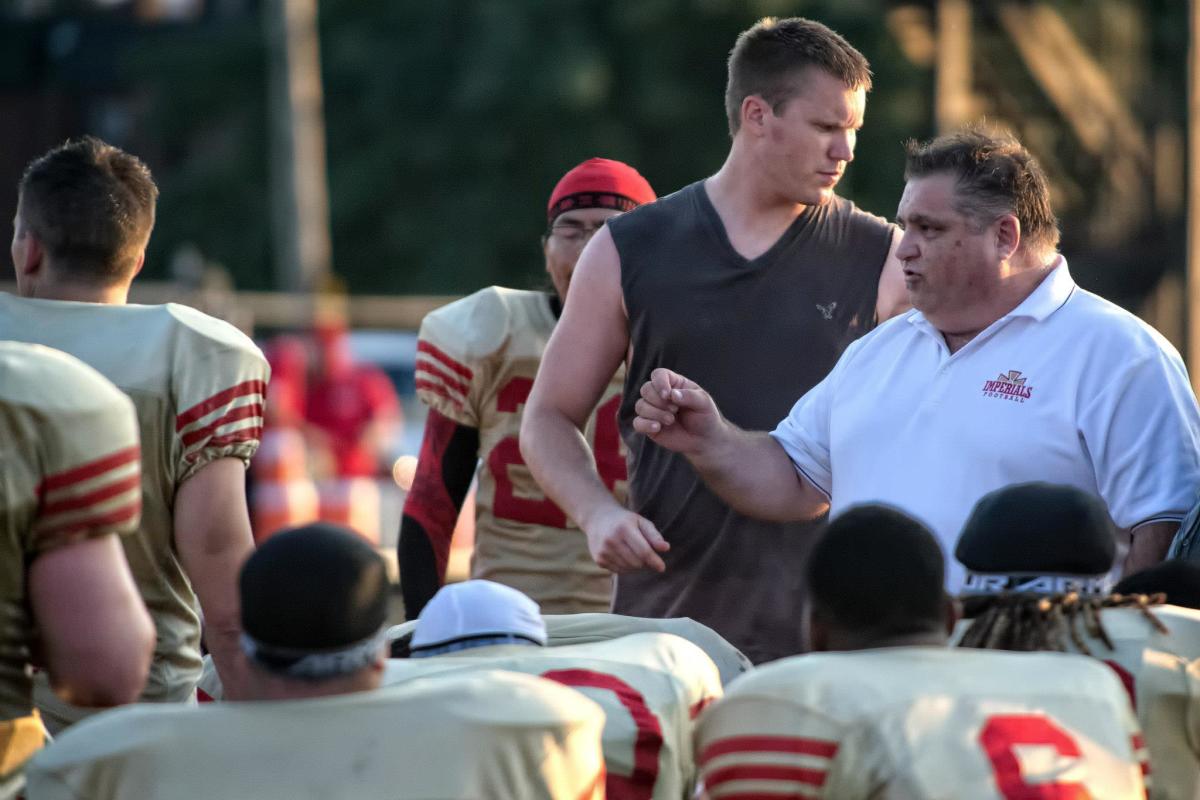 The team is very competitive and the games are well attended. “The games are very family-friendly, where kids under twelve get in for free. It’s a really fun night out.” When the team started up again, the average age of a player was 35 years old. “We were a bunch of old guys that just missed playing football,” Cherski says, with a big laugh. “You have to get voted in to participate in the league, and that first year we were such a tight-knit group. We were 0-8, but we were the happiest group of guys on earth.” By their second season, they had made the playoffs. “We were a middle-of-the-pack team for a few years, but have made the semi-finals the last five out of six seasons, including a trip to the championship finals. We are one of the top two teams in the league.” 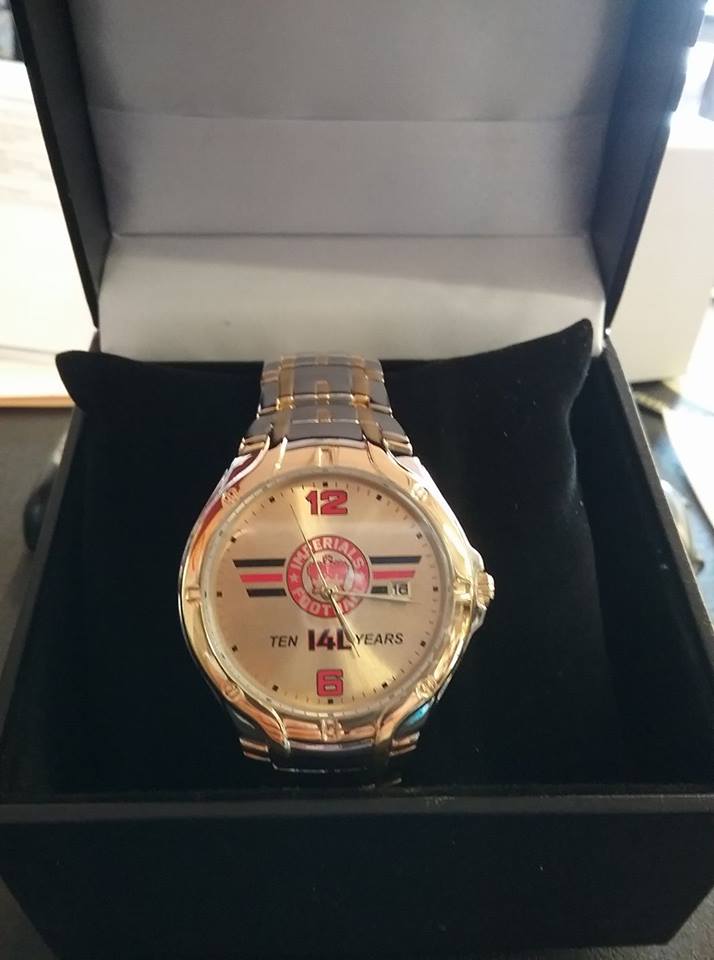 Cherski says they have the best fan base in the league. “We have a proper facility, training equipment, and we supply our players with helmets, shoulder pads and multiple sets of jerseys. We are serious about putting a good product on the field for our fans.” The team regularly pulls in 300-500 fans per game, and had just under 1,000 for the championship game they played in. Games start at 7pm and are played at the famed Norm Perry Park. “Our fans are amazing, and I don’t think they understand how important they are to the team. We appreciate all their support.”