Lori Kennedy has lived with depression since she was a teenager. In 2015, she suffered a complete psychological breakdown. “I was diagnosed with major depressive disorder, acute burnout, and severe anxiety. I took a leave of absence from my work and attended workshops and therapy to learn how to manage my anxiety and depression,” shares Kennedy. In 2016, Kennedy’s daughter, Brynne, who was attending Lambton College, signed up for a pottery course and encouraged her mother to join her. “I love art, and I have always been creative, so we took a hand building pottery class together. With the clay in my hands, I felt like I was in my element. For the first time in my life, I felt I was doing what I was meant to do and that I belonged.”

Pottery not only became a creative outlet, but it helped Kennedy with her depression. “When I have the clay in my hands, it is a possibility. There is no one telling me how to do it, it just becomes. That was very therapeutic for me.” Kennedy took a wheel throwing pottery class, which eventually led to buying a wheel and kiln for a home pottery studio. “There were days when I found it difficult to get out of bed or leave the house, so the home studio allowed me to make pottery on my time. I could be creative whenever I felt like it.” 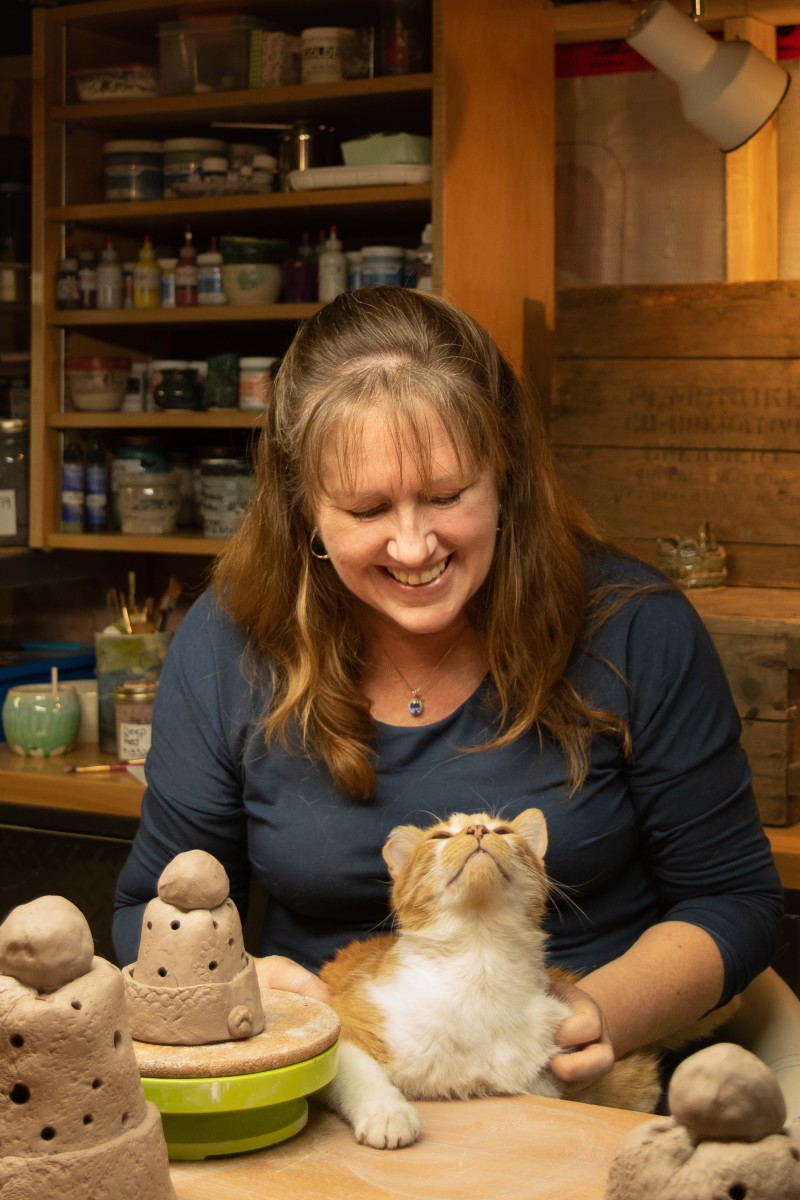 In the early days, Kennedy gave a lot of pottery away, and then decided to sell some on social media. “I posted a bowl with one of my cat’s paw prints on it, and a friend commented, ‘That’s pawsitively adorable!’ and that became the name of my pottery business.” Kennedy started selling Pawsitive Pottery in local shops and art shows, and then had a shed built on her property to house her pottery shop.

In November 2018, Kennedy was diagnosed with congestive heart failure. “I was very ill, and everything I learned through dealing with my depression really helped me deal with this new challenge. Again, pottery helped me through a lot of difficult days.” Kennedy is not able to make the quantity of pottery she used to or take custom orders, but she is taking more time to create and explore new artistic techniques. 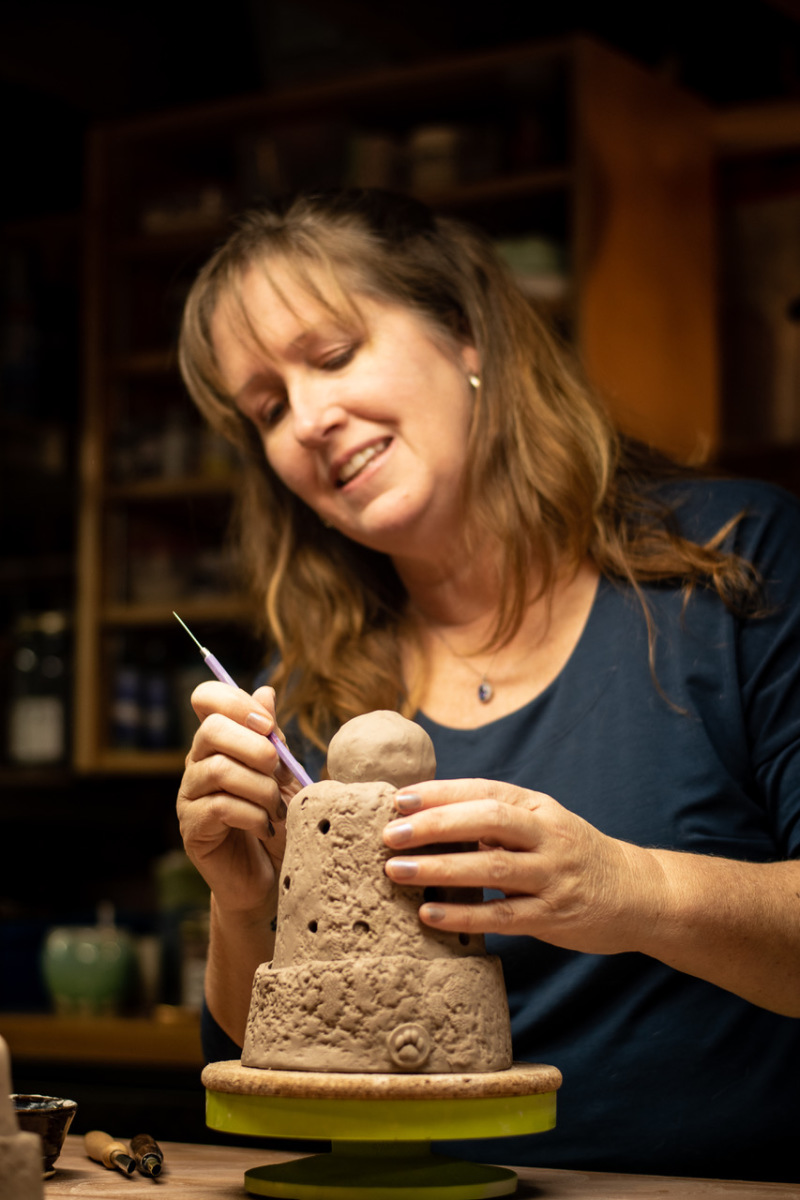 As Kennedy shared her journey with depression and congestive heart failure on Pawsitive Pottery’s Facebook page, many people have reached out to her. “For so many years, I suffered quietly. I decided I was going to be an advocate for mental health. I wanted people to know this is me, and if this is you, it’s okay. You are not alone.” Kennedy has helped, supported, and encouraged many people through both online and face-to-face conversations. “I’m not a social worker, but I can share my story, my resources, and my experience. I want to help point people in the right direction. If someone reaches out, I’m going to give them my hand.”