DeGroots Nurseries began in 1957, the same year that John DeGroot was born. “We’ve been around a while. The business has become part of the fabric of the community,” DeGroot explains. The business was started by his parents, John Sr. and Attie DeGroot, who had emigrated from Holland in 1952. John Sr. was hired on at Dow Chemical when they first arrived in Sarnia and he worked there for several years. In 1957 they purchased a large property on Exmouth Street and began growing gladiolas. They imported the bulbs directly from Holland and sold the cut flowers, at first door-to-door, and later to Dominion Foods. The door-to-door sales created a strong connection between their family and the city. 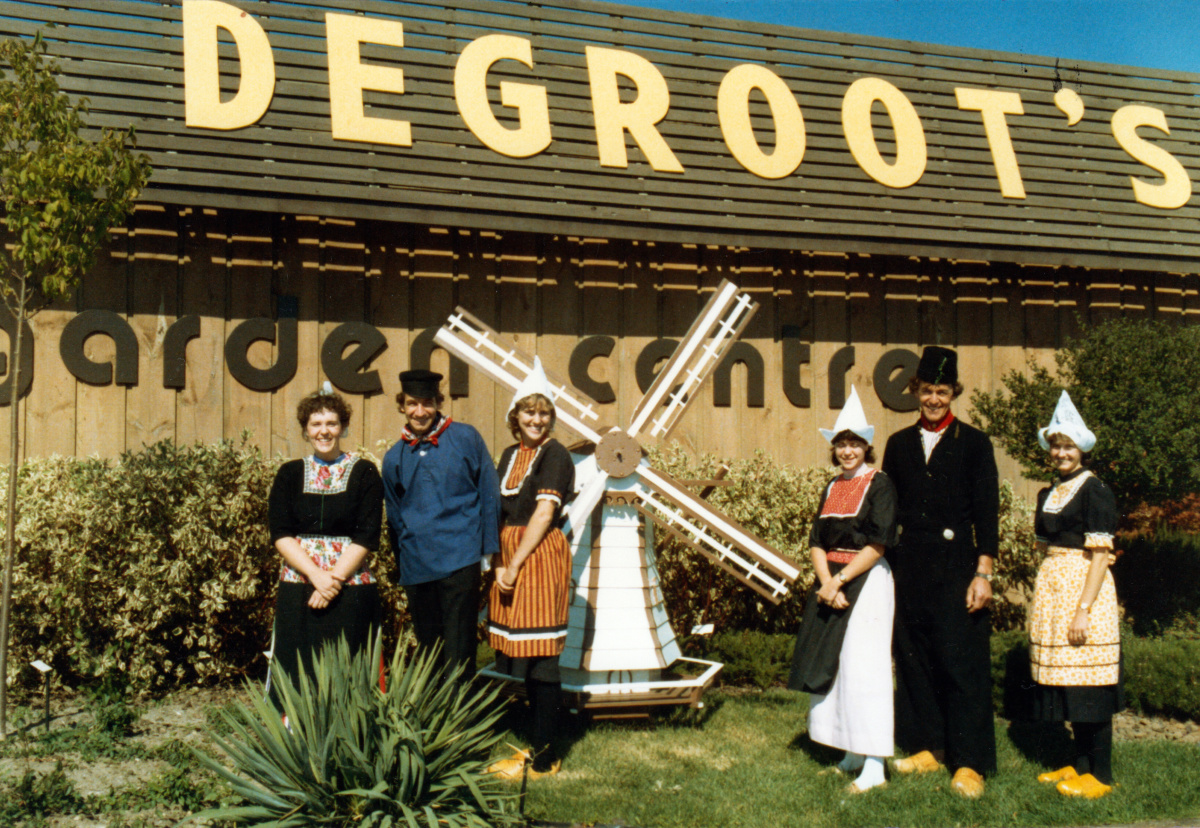 The flower business was so successful that John Sr.’s friends encouraged him to quit his job at Dow and expand his offerings. As DeGroot explains, “The joke was that he was always cleaning windows that didn’t need to be cleaned. Someone walked right through a window one day because it was so clean.” John Sr. left to pursue flower-growing full-time. He ordered a container of nursery stock from Holland that he knew would grow well in Ontario. “The original vision for the business was that they were strictly a place where people could buy plants. They soon started going to people’s houses to help them choose the best plant for their yard,” DeGroot explains. The business then expanded into landscape and design.

Like many family businesses, the DeGroot children were involved from the beginning, including the six eldest siblings who had been born in Holland, and the five who were born in Canada. They grew the flowers on the property behind the house and built a store. Eventually they took down the house to expand the parking. In 1981 they moved to their current location, 1840 London Line. 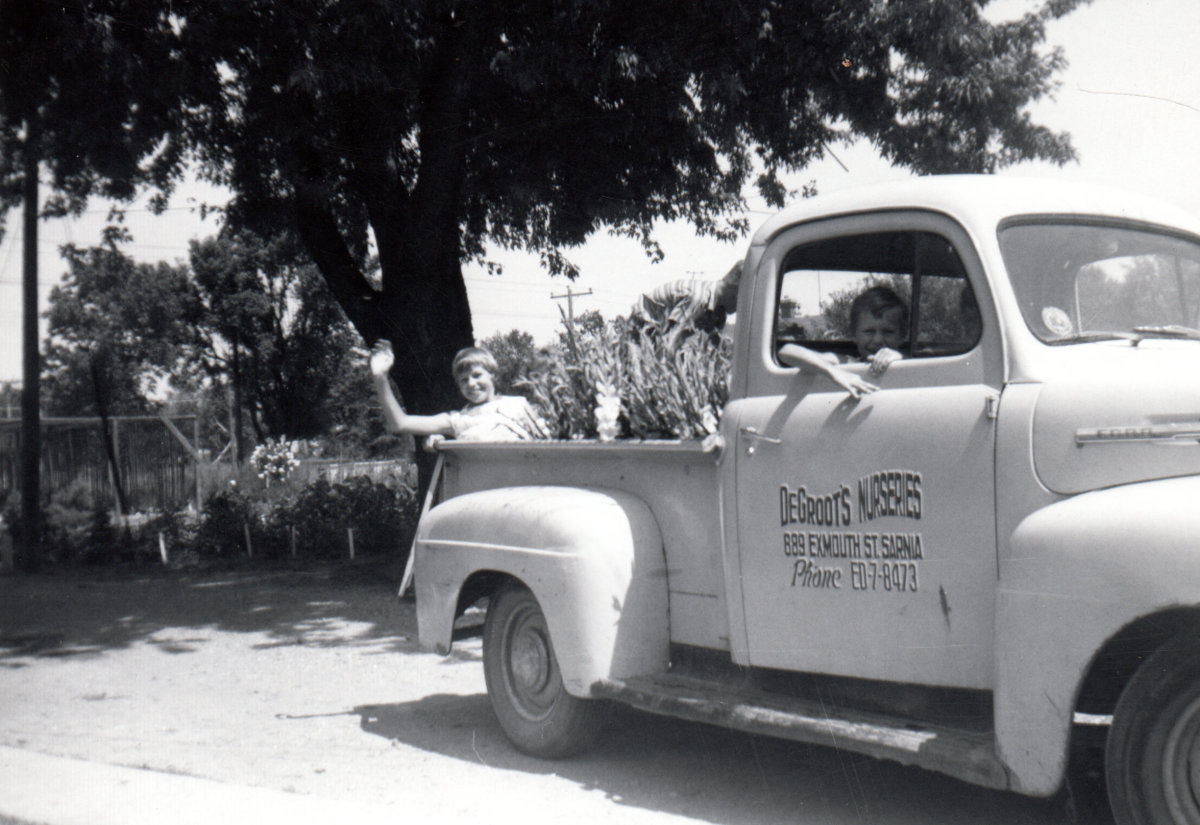 It took a European adventure for DeGroot’s older brother Art to decide to join the family business permanently. Art and John Sr. ran the business together for several years. DeGroot studied Landscape Design and Horticulture at Michigan State University and eventually he and Art took over the business from John Sr. In 2005 they undertook major renovations to the property. They built an addition to the existing building, a new greenhouse and additional parking. In 2015 they added a growing greenhouse as well, which makes it possible for them to grow annuals, which they previously ordered in.

DeGroots has also become a local events centre in recent years. DeGroot approached St. Joseph’s Hospice with the idea of using the greenhouse to host events and they were enthusiastic. They held the first Dancing under the Stars event in 2006 with 600 guests. While the space works well, there is certainly room for improvement. “The events that take place at DeGroots could use more space and more bathrooms!” he exclaims. At the same time, the events that they hold bring people together. “This is just one more way for us to connect with the community.”