David Burrows started The Show in order to highlight local stories and promote people and events in the city of Sarnia. The first episode aired in November 2011. “I’ve lived my whole life here; I never left. I love this community and wanted to share all the positive things happening here,” says Burrows. For twenty-five years Burrows has built relationships with people in the area through his Karaoke and Disc Jockey business. He still does a few Karaoke engagements, but his focus is on building his business.

Burrows always dreamed of hosting a talk show. He enjoyed watching David Letterman and Mike Bullard perform when he was younger; they inspired him to enter the business. He purchased a camera and scheduled his first interview with a Canadian recording artist. After completing the interview and editing it down for the show, he found that he loved incorporating local features even more. “I found a great balance with the individual pieces. Focusing strictly on local content really made it click,” he explains. The community and Entertainment Scene segments were two staples of the internet show. Burrows recorded 330 episodes using this formula. 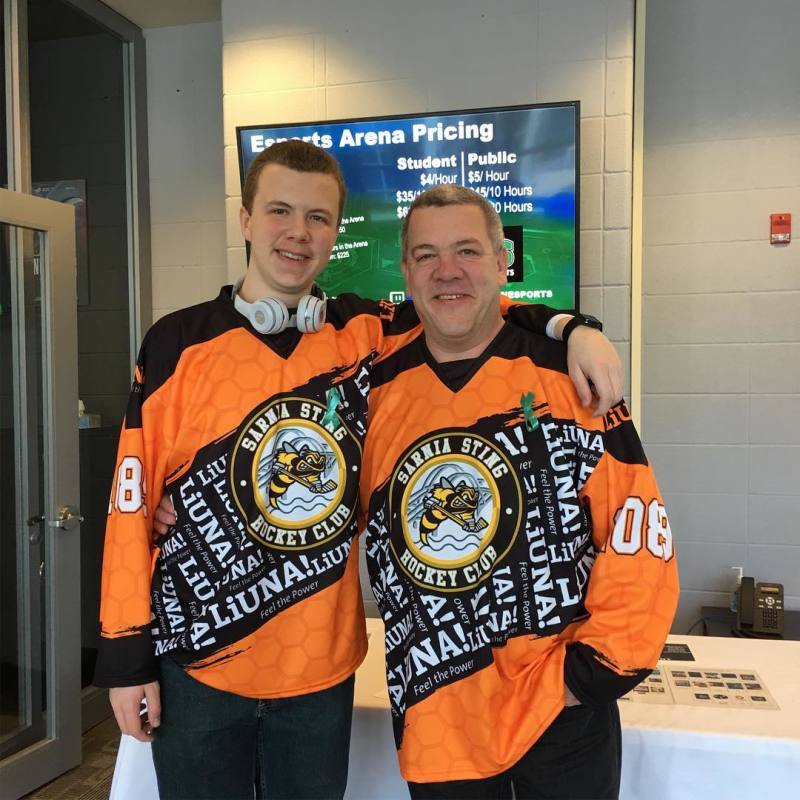 The Show has allowed him to combine his love of talking with his interest in technology. “I’ve always had the talk show part down, and enjoy using different internet platforms to reach new audiences.” Burrows currently hosts a live version of the show that airs for one hour, every Monday starting at 3:30. “The show allows people to engage with the guests, and even join in the conversation on camera, should they choose to participate.” A second live show features information and tips about livestreaming on the internet. “I co-host this show with a gentleman named Steven Healey, who lives in the UK.”

With the success of The Show, Burrows is now working to help others create local content. He hosts his own show on TVSN - The Video Show Network. TVSN promotes several local shows and the creators work together to provide stories that are of interest to the community. “I started TVSN to act as a hub. Michelle Dionne hosts Positive Power. She’s very motivational,” says Burrows. TVSN offers full professional livestreaming production for events, conferences, sports and weddings. “We can livestream anything that people want to share with the world.”

Perhaps most exciting for Burrows has been the introduction of a segment involving commentary on the Sarnia Sting that is recorded at their games. The segment is filmed from the fan’s perspective. “I pulled in Jay Peckham. He is the biggest Sting fan there is.” Burrows and Peckham analyze the team play. “The segment has been doing really well,” says Burrows. “My son Jason is a big part of the business as well. He assists with the production and graphics, and is becoming a young entrepreneur. We are also involved in the Esports world on Twitch.tv. We do a live two-hour broadcast every Thursday from the new Lambton College Esports arena.”