There is an old saying, if the shoe fits, wear it. Well, Annette Campbell was in the market for a change, something a little more independent than her previous work in the financial industry, when she happened upon a notification on Facebook that a local, independent shoe store, The Shoebox, was for sale. “I always wanted to do something for myself, and I just had to figure out what exactly that was going to be,” Annette says. “When I read the previous owner was retiring and putting The Shoebox up for sale, I sent the owner an email and told her I thought it would be a good fit for me to buy it. The Shoebox has been around for 50 years, and I said I would be excited to carry on the legacy. We met a few days later and she said to me, ‘I just knew when I read your email that I was talking to the right person.’ We hit it off right away. It was like it was meant to be.” 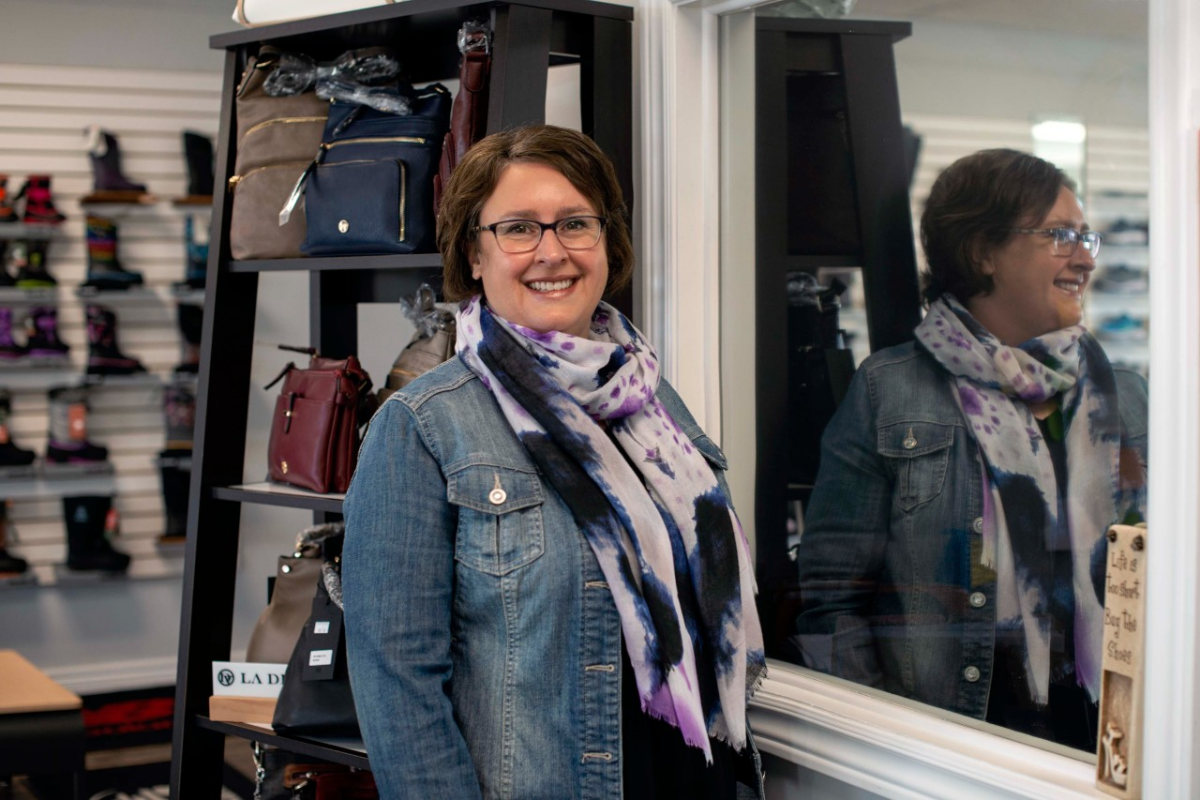 Even though Annette had only been to The Shoebox a few times prior to purchasing it, she feels her previous work experience comes in handy. Prior to working in the financial world, Annette worked in the hospitality industry. “Customer service is something I have always done,” Annette says. “I was excited to have a change of scenery and to see people again.”

Annette says she decided since The Shoebox was something of a local landmark, she did not want to make significant changes immediately after taking over. “This is a legacy and I wanted to make sure I had a handle on how things were running before I made any big changes,” Annette says. “We have done a few baby steps in terms of modernizing the store, computerizing a little bit. Everything had been done by hand previously. I would like to expand a little on what we are carrying in the store and down the road, because technology is where it’s at, I’d like to get to the point where we can also have an online store as well as our brick-and-mortar.” 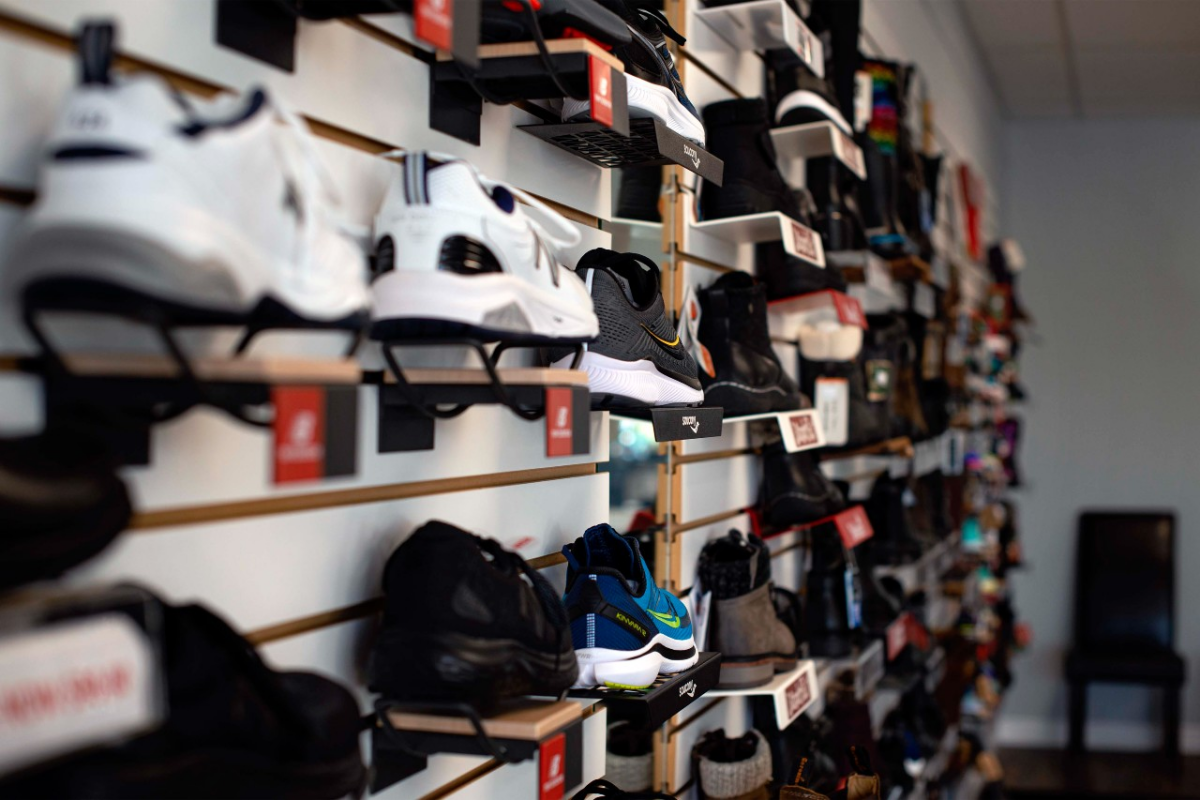 Annette says she is fortunate to have the daughter of the original owners, Kelly Goodwin, working for her. “She has been my super-duper righthand through the process,” Annette gushes. She adds the novelty of being a shop owner wore off rather quickly. “On my first day, I walked into the store and thought to myself, ‘Wow! This is all mine,’ ” Annette says. “And then immediately we had to get to work because we had to order spring shoes.” Like so many businesses, The Shoebox has been affected by the COVID-19 pandemic. “The supply chain issues that have been plaguing everybody have definitely made it more difficult than it probably would have been if it had been normal times,” Annette says.

Normal times are hopefully returning and Annette Campbell is thrilled that when she tried on the shoe, it fit.