Each time life throws Kevin Pope a curveball, he knocks it out of the park. The owner of No Arc Electric in Sarnia was quite comfortable working for Imperial Oil, but when the COVID-19 pandemic hit, he was abruptly laid off. “Honestly, I started No Arc because I was kind of pushed into it,” says Kevin. After getting laid off, Kevin recognized that the economic climate and job market were going to make it difficult to get full time work. “I was doing some part time work, but it wasn’t enough. I realized I needed to come up with a new career plan or dramatically alter my lifestyle. It was then I realized it was time to put on the entrepreneur’s hat again.”

In October of 2020, Kevin registered his business and started doing some light marketing, but admits there was no long-term game plan. “If it wasn’t for COVID I’d probably still be working at my old job. I thought I was happy there. But the world put me in this position and it has paid off.” 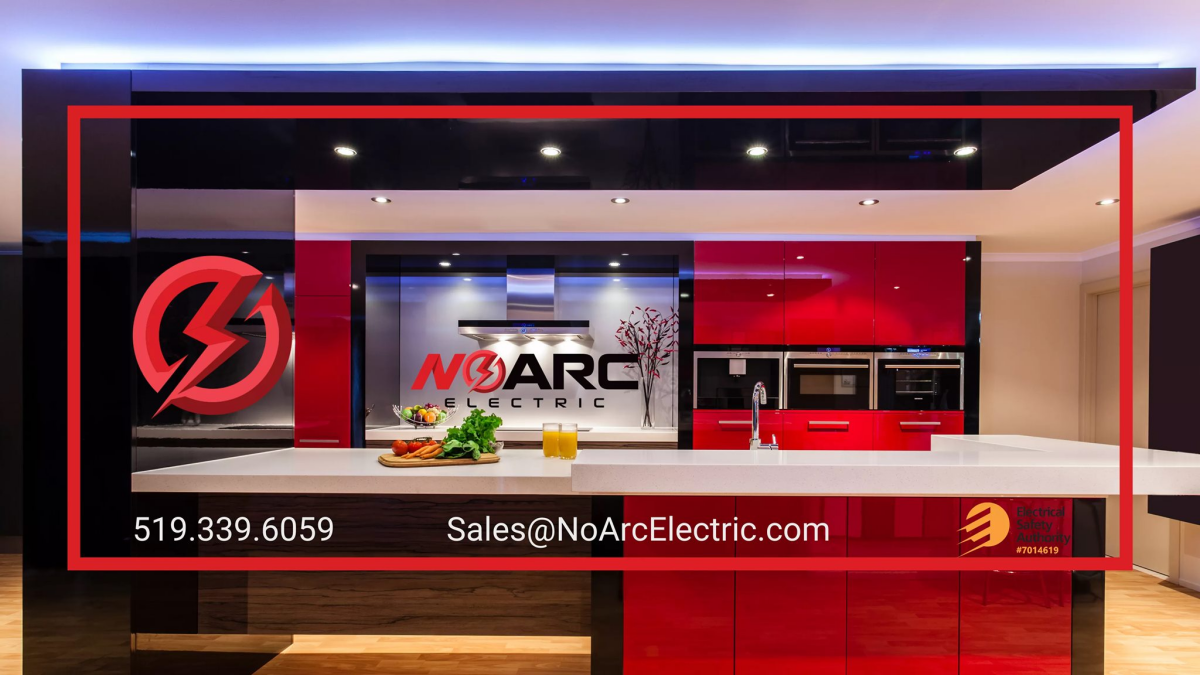 This is likely because No Arc Electric isn’t Kevin’s first go at running his own company. Coming from a family of electricians, he began working at the age of 16. “as soon as I was old enough to put a toolbelt on, I was working with my dad.” Today, Kevin’s father still runs an electrical company in the Peterborough area that employs 30 people. After working with his dad for nine years, Kevin moved out west and owned a company in Fort McMurray til the fires of 2016. “It pretty much wiped my entire town out. So, I packed my 18-foot cargo trailer and headed back east.”

No Arc Electric offers standard electrical services for residential, industrial and commercial clients. But Kevin and his team set themselves apart from the competition by offering the features rope access climbing techniques. “Instead of using a scaffold, scissor lift or an aerial platform, we use rock climbing techniques for work positioning and rescue and safety.” Originating in France, rope access is safe, easy and evasive. “If you are up in a scissor and it mechanically breaks down, you could be stuck up there for hours while a mechanic is found to fix it.” In addition, rope access cuts down on the cost associated with renting lifts or maintaining them. “We put on a harness, tie some knots and repel down on a rope.”

To build rapport and connect with the community, No Arc Electric does regular give aways on their Facebook page to local businesses. They also offer complimentary panel TLC to animal rescue centres in Lambton County. “It’s always been important to me to build community through my business.” Starting out in a new city can be a challenge for entrepreneurs when they have no reviews or history. “But now business is incredible. It honestly blows my mind some days, the few minutes that I get a chance to stop and smell the roses.”

Electrical Contractor looking to be the change our industry really needs. We believe in giving back to the community, because a strong community means a strong No Arc Electric.