Singer-songwriter Bil Eldridge was born and raised in Point Edward. “My good friend Gene Norman and I grew up together. He played guitar and I could sing, but I wanted to write music with him, so when I was in Grade 7, I signed up for guitar lessons. I went to two lessons, and then just grabbed the chord book and taught myself. I wanted to learn U2 and The Cure, not Twinkle, Twinkle Little Star.” A couple of years later, Eldridge’s high school rock band won Battle of the Bands and received a recording contract with an independent label. “In 1985, I cut out the Top Ten song list from a Toronto newspaper because one of our songs beat out a Rush song. That was a big deal. I wanted to continue to write and collaborate with different musicians.”

In 1989, Eldridge got a call from Tom Beaton,Ten Seconds Over Tokyo’s lead guitarist, asking him to audition as their lead singer. Eldridge got the gig, and the band toured Canada while writing songs for their EP. Ten Seconds over Tokyo signed a four-year contract with Sony Music and worked with Punch Andrew, who also managed Kid Rock and Bob Seger. “We toured 365 days a year for about 10 years. It was a crazy life, but one that gave us some great experiences.” In 1991, the band travelled to Los Angeles. “We were at the Roxy one night, and singer-songwriter Steve Earle listened to us play. He invited us over to his house for a BBQ and songwriting session. It was pretty cool to hang out and do a bunch of writing with him.” 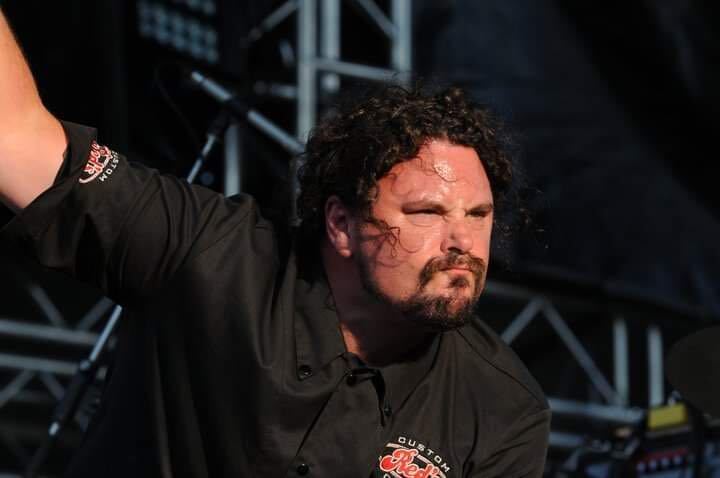 Eldridge’s mentor, Frankie LaRocka, helped him find his way in the music business. “He’s been the one guy in my whole career that kept me working.” LaRocka was the original drummer for both the New York Dolls and Bon Jovi. Later, he became a music producer and helped both of Eldridge’s bands sign with Sony. “He also connected me with Lou Reed. He constantly pushed me into new projects all the time.”

Eldridge has collaborated and toured with a number of musicians and bands. He returned to Sarnia and started Death of 8 with some members of Big Wreck. Last year, he played a discography of his music with Sarnia’s International Symphony Orchestra, showcasing 12 of his original songs. Songwriting continues to be Elridge’s passion. “The writing process is different for me every time, and it depends on who I’m working with and the instrument I’m using. A song can develop differently if I play it on mandolin as opposed to a piano. Instruments are the paint brushes I use to create music.”